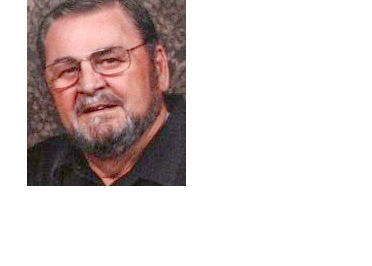 
Call out the name "Robert" on Woodbury Courthouse Square, and the man with that first name probably wouldn't answer you.

However, yell out the name "Hoppy," and nearly everyone in Woodbury knows you are speaking of Robert H. "Hoppy" Davenport, one of the most well-known and respected former public officials in Cannon County history.

Woodbury residents lost this legendary local public figure on Jan. 22, when "Hoppy" died of reported heart failure at age 68, having been born the son of Ben and Lola Davenport on April 1, 1944.

His stature was evident by the huge turnouts with visitation Thursday at Smith Funeral Home and at his eulogy/funeral celebration service Friday at Woodbury Church of Christ officiated by Herb Alsup.

"For 32 years, eight consecutive terms, that's how long Hoppy served as one of the most respected Circuit Court clerks in our community, before he decided to retire in early 2010," confirmed Woodbury Mayor Harold Patrick. "That's long-term trust for an elected man or woman to have with the public."

Patrick should know, for he served shoulder-to-shoulder with Hoppy in the Courthouse for 25 years as Cannon County's executive and Chancery Court Clerk.

But, Patrick goes back in life much farther with "Hoppy," back to Pleasant Ridge (elementary) School where teachers Sammie Fite and Golda Richards taught 1-4 grades and 5-8 grades, respectively.

"By first grade, Hoppy had already been given his 'Hoppy' nickname by his father, Ben, because as a small tyke, Hoppy loved watching cowboy movies, particularly movies by Hopalong Cassidy and his white steed, named Topper," the mayor traced back six decades to their little two-room school. "He loved to pull mischievous pranks, even as a little boy…but always, Hoppy loved sports.

"As young adults, we played softball together for several years in his dad, Ben's, softball league," Patrick added.

Andy Bryson is another lifelong friend to Hoppy and the Davenport family.

"My first recollection of Hoppy was the first day he stepped on the school bus, transporting us to grammar school," Bryson began. "Their family lived about a mile up Doolittle from our farm. A very special, honorable family.

"Even then, with his unique sense of humor, he'd always get the last laugh," Bryson added. "He was a very quick-witted boy and a man of his word who would give you the shirt off his back."

"If I could have a dime for all the cups of coffee I served, especially to Hoppy, who would have one, two or on somedays, three cups before he'd report to work across the street at the Courthouse," Bryson shared. "I'd get to the office generally around 5:30 a.m … along with Hoppy and other neighbors such as Harold Patrick, Wiley Reed, Buddy Davenport, Charlie Lawson, and others.

"For 27 years, five days a week, we could set our clock at the Courier office each morning by Hoppy's arrival," Bryson noted. "He'll be greatly missed by all of Cannon County."

"Closing the Courthouse was the least we could do, so everyone could honor Hoppy and his family at his funeral," accounted Cannon County Executive Mike Gannon. "He was always full of life, a longtime dedicated public servant, and he helped thousands of people, whether it was donating food or cloths during some family's crisis."

Hoppy was a charitable man.

"At the Courthouse, folks regularly came through for special causes, and when I'd put my name down for maybe a $10 donation, I'd look over and see by Hoppy's name maybe $25 to $30 … and he helped legions of people that none of us knew about," noted Mayor Patrick.

Print
Members Opinions:
[Delete]
Hoppy always took the time to ask how others were doing. He never failed to ask me "how is Mickey doing" whenever we saw each other.

Daddy still loves to talk about the school days with Hoppy, Harold, Danny, and Tooney.

He was a good friend and at the end of your life that's what we should all aspire to be!
GAP
[Delete]
We will miss you Hoppy .And never forget your smilie. The Pittman.