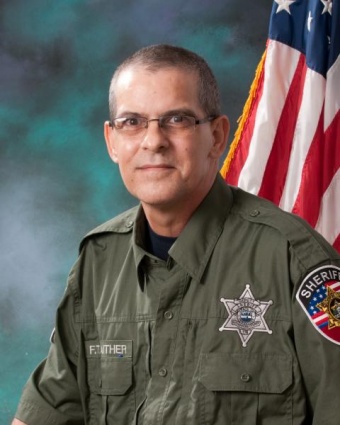 Because of his positive outlook, Gaither inspired friends and co-workers are raising funds for the medical expenses of cancer patient Danny Gaither, a deputy at Rutherford County Sheriff’s Office. Gaither is a Cannon County resident.

The benefit for Deputy Gaither will be from 2 p.m. to 8 p.m. Saturday, May 17 at the Rockvale Community Center at 9972 Rockvale Road in Rockvale. Events include a turkey shoot, a Remington 870 shotgun raffle, bingo, live auction, live music, smoked bologna sandwiches, barbecue plates, homemade desserts and a bouncy for kids.

The turkey shoot will be from 2 to 4 p.m. with Boston butts awarded as prizes.

Coworker Keith Fann said Gaither often says, “Every day is a great day.” “He’s got a good outlook for someone who’s facing that he’s facing.”

Longtime friend and co-worker Darlene Spence said a few of Danny’s friends decided to organize the benefit to bring his friends together “to raise money to help offset some of the enormous medical expenses that Danny has incurred the past couple of years.”

Deputy Gaither is very positive and always looks to help someone else, she said.

“It is unbelievable the show of support not only from his friends and co-workers but from the community and businesses,” Spence said. “Most of the items have been generously donated by his co-workers who were all eager to participate and fill baskets. We hope to pack the walls of the Rockvale Community Center so we can’t squeeze another person in it.”

“Danny is a good-hearted person willing to help anyone,” Steve Spence said. “We should all reach out and help him.”