Eternal Dream Is Home For Wife 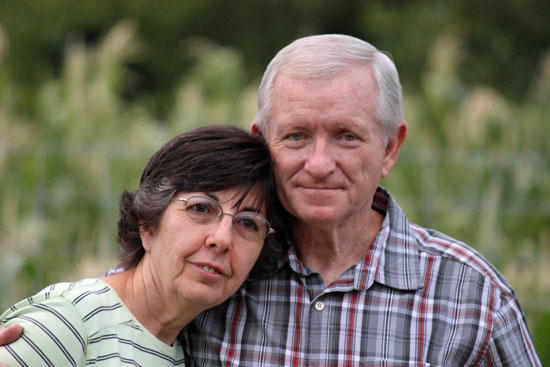 Darlene and Milan Tucker
Celebrating Father’s Day takes on a more meaningful significance for Marty Tucker, whose birthday is June 14 and falls within days of the national celebration of all dads.

Marty will never forget Fathers Day Weekend 2012, when his father, Milan Tucker, was diagnosed with terminal cancer and given only a few months to live.

“My birthday was on a Thursday. Dad found out he had cancer Friday and Father’s Day was that Sunday,” Marty recalls. “It was one heck of a birthday/Fathers Day Weekend. Everything has really just been a blur since then. Dad has beaten a lot. He has beat three heart attacks, a stroke and diabetes. We are holding out hope, somehow, he can still beat this too.”

Nonetheless, medical costs and construction of a new home have created an unforeseen financial strain. A benefit fish dinner and auction will be held for Milan Tucker Saturday (Aug. 4) from 4-8 p.m. at Woodland School. The auction begins at 6::30 p.m. Parsley’s Market is preparing the food. Price is $10 per plate and includes a fish dinner, dessert and drink. You can also get a hot dog, fries, drink and dessert for $4. Children 3-under eat free.

The benefit will help defray medical costs. Manual labor has been helping a dream reach fruition.

Milan began working on new home behind his current residence in Midway more than two years ago. When Milan was diagnosed with cancer in June the project became a priority.

“He has to get it finished for me,” loving wife Darlene says as she fights back tears. “It’s not about him. He says, ‘This way I will know you are taken care of.’ That’s just the type of person he is. Milan is a very special person, a true Christian and he would try to help everybody.”

Marty says completion of the house has become his priority and one he faces with a greater sense of urgency than ever before. He, along with friends, relative and a growing list of community members have put in 16-hour days working to get the house completed.

“Dad doesn’t ask for a lot but he would like to see this done. When he was diagnosed this is something he said he wanted. He could rest easier knowing mom had a strong, good house to live in,” Marty says. “I made it my personal mission and goal to get it done for mom because he wants it done for mom. I want to get it done so he can spend some time in it with mom. It is almost done. I am hoping he can hang on and get to enjoy living in there some with mom. It is hard to put into words what all the support has meant. It’s unbelievable. It has blown my mind. I just can’t describe it.”

The Woodbury Central Class of 66 had a surprise Class Reunion in Tucker’s honor even after they already had enjoyed a reunion earlier in the summer. More people attended the second one. Two of three medical bills were paid off due to monies raised through a breakfast club.

“Dad doesn’t want people to feel sorry for him. If you didn’t know him you would never know he was sick. He’s that strong,” Marty says. “He told us not to be coming around if we were going to be crying and sad. He wants us laughing and carrying on. I’ve not seen him cry through this. I heard him cry. That Friday when he called when he was diagnosed I could tell he had been crying. That was it. Since then he has just been strong. I don’t know how he does it. It is hard to put into words how honored I am for Milan Tucker to be my daddy.”

Marty says the cancer is taking a toll although Milan doesn’t reveal it publicly.

“He says all the time, ‘Boy, if I could just set this load off for 30 minutes or an hour so I could feel like getting in the garden or moving around, I would be so grateful. I would gladly pick it back up,’” Marty shares. “It’s sad that it takes something like this for a man to see his work and the impact he has made on people, but I’m so glad he has been able to see how many people love and care about him.”

Print
Members Opinions:
punkin74
[Delete]
My prayers go out to Mr. Tucker as well as his family. God Bless