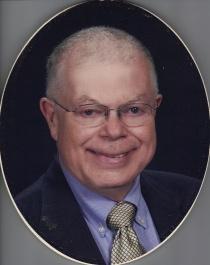 Dr. Leon Reuhland's "huge foot print" left in life is visible from the mountains of East Tennessee to the low-lying marsh lands of West Tennessee.

His most personal  impact, however, came in his beloved Cannon County and Middle Tennessee home community with residences in Murfreesboro and Woodbury.

The "community man among men," died at age 77, the night of Oct. 4, at his residence, following a long battle with cancer-related illness.

"His impact as a 40-year family physician in Woodbury cannot be measured," described Woodbury Mayor Harold Patrick. "He was a community man among men, in the true Southern meaning of gentleman. He served more than 25 years, for example, as an unsalaried coroner for our home community…working with Woodbury Police and regional sheriff's departments as well."

His influence reached beyond Short Mountain to the east and the Stones River to the west.

"What Dr. Reuhland did in service to his community is immeasurable," verified former Rutherford County Sheriff Truman Jones, of Murfreesboro. "His 'community' was the entire Volunteer State. TBI, FBI…all law agencies in the state respected the professionalism of this man who volunteered his time as a coroner."

"He was my late mother's personal physician, and my family's doctor for more than 40 years," Bryson shared. "As a doctor alone, there's no way to estimate the lives he touched in a positive way.
"There's no aspect of community life that Leon Reuhland did not touch, whether it was as a private physician or an unsalaried 'Cannon County Coroner' in times of community tragedy," Bryson included. "Dr. Reuhland would come out anytime night or day, for accident scenes, shootings, anything that he could do to serve his beloved hometown…"

Dr. Reuhland would often help "patrol" the back roads of Cannon and surrounding counties when there were staff shortages.

"I've often rode with Dr. Reuhland, when there was only one deputy on duty to serve our entire community," added Bryson.

Former Cannon Sheriff Bob Stoetzel described Dr. Reuhland's support of area law enforcement personnel.
"We became such good friends, Doc served as 'best man' at Teresa (Scott) and my (1982) wedding," Stoetzel noted. "When I first got stationed in Cannon County as a state trooper, Col. Bill Jones (former Police Commissioner of Murfreesboro) told me the one person I had to meet was Doc Reuhland.

"Since that initial meeting, I was privileged to have a lot of interaction with Doc," Stoetzel added. "He was as much a 'law man' as he was a physician. He was instrumental in getting a lot of programs started for Woodbury Police and the Sheriff's Department…"

He assisted in multiple crime investigations from the 1970s until his health-related "retirement" in 2011.
"He was instrumental in helping solve one of Cannon County's worst murder cases, the Jeff Bell murder cases, back in 2002," retired newspaper publisher Bryson shared. "When Bell's partial remains were found in a well, Dr. Reuhland personally transported the body parts to Nashville, not wanting any forensic evidence destroyed."

The doctor/investigator's work in the Bell case helped send three murder suspects to prison with life terms.
Bryson, who worked at the Cannon Courier since age 10 until his retirement in 2009, has witnessed some of the "most impactful" citizens in the region's history.

"Along with Dr. J.F. Adams, who came off Short Mountain to establish Good Samaritan Hospital last century, the predecessor hospital to Stones River Hospital, Dr. Reuhland ranks right up there in terms of modern-day impact," Bryson noted. "Dr. Reuhland ranks among the top four or five private citizens in terms of positive community service in during the past two centuries."

Friends and longtime government/civic leaders describe him as a "family man," a "healing man," a longtime "public (coroner) servant," and a principle "founder" of the present-day Stones River Hospital.

Rutherford County businessman/financier Greg Tucker was instrumental in assisting Dr. Reuhland in "saving the doors of Stones River Hospital from being closed" in the mid-1990s.

In 1995, community rumors were rampant Stones River would be closed by the Nashville-based Hospital Corporation of America.

"I first met Dr. Reuhland and other members of a group interested in purchasing the hospital from HCA in Nashville," Tucker detailed. "From the first meeting, it was obvious that Dr. Reuhland was the one in the group with his feet solidly on the ground, and his respect throughout Middle Tennessee was far reaching, all the way to Nashville and beyond.

"After our initial meetings, I agreed with Dr. Reuhland if he'd lend his very influential good public servant name to head the project, I'd put together the business plan to purchase the hospital," Tucker accounted.
The community responded positively to new local hospital management team.

"With his ideas, and the resulting community support, we improved the hospital to the point, we paid off the borrowed indebtedness within two years after the purchase in 1998…," financier Tucker added.

"During the acquisition phase of the hospital, Dr. Reuhland insisted on construction of a modern-day helicopter pad for use after they'd stabilize the patients until they could be transported to hospitals in Nashville," Tucker described. "Before the new helicopter pad, we'd have to move cars on the hospital parking lot in order for the air ambulances to land and take off with critically-ill patients…"

"I served as a county commissioner for 17 years before elected 10 years ago as county executive," Gannon noted. "I had no idea the impact this man had on life here, until I became county executive…

"As Cannon Coroner for nearly 30 years, until ill health forced his retirement in 2011, he never asked for one cent in payment for services rendered," added Gannon. "He never billed the county for all the seminars he attended down through the decades…a true unselfish public servant who will never be replaced in our community's life. He literally saved the county thousands of dollars with his service as an unsalaried coroner."

As a physician for multiple decades, the doctor touched thousands of families and loved ones not only in Cannon County, but throughout Middle Tennessee and the Upper Cumberland regions.

"His first practice was in the basement of the old Good Samaritan Hospital," the mayor recalled. "No matter the time, day or night, Dr. Reuhland has been there for our community, especially as the longtime volunteer unsalaried Cannon County Coroner…"

"I can think of no one man more impactful on present-day community life than Dr. Leon Reuhland, my friend and neighbor who leaves a void in our hearts, a hole in our community life that will never be filled."
Truman Jones describes Dr. Reuhland's "statewide impact" on law enforcement.

"This man is known throughout Tennessee law enforcement's community, for his tireless, dedicated support of all things lawful," added Jones, who served more than 25 years as Rutherford County's top law enforcement officer. "When helping construct the new jail in Cannon County in the early 1990s, he counseled many hours with us at the new Rutherford County jail as well as the jail in Coffee County…"