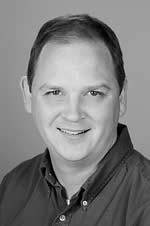 The Arts Center of Cannon County Board of Directors announces Executive Director Donald Fann has accepted another employment opportunity and will be leaving the Arts Center as of August 3, 2013.

Fann has been the executive director of the Arts Center of Cannon County since 1995. Under his leadership, the Arts Center of Cannon County and the town of Woodbury have received national recognition as a model for rural arts community development. Accomplishments include Woodbury being named one of the 100 Best Small Arts Towns in America; founding a Grammy-winning record label; producing an award-winning community theater, and developing a school matinee series.

In announcing Donald’s departure, Board President Tim Spry says “We appreciate the years of service and dedication that Donald has given the Arts Center and wish him much success in his future endeavors. I have every faith and confidence in the interim leadership that has been put in place and look forward to the Arts Center moving forward and continuing to serve our area as a unique leader in the Arts Community.”

The interim appointments are James Adkins as CEO Interim and Neal Appelbaum as Executive Director Interim.

James Adkins has 30 years experience as a Nursing Home Administration as Director of Operations of six nursing homes with HCM Partners and the Administrator of Woodbury Heath Center with HCM Partners and Grace Healthcare from 1990-2011. His many community involvements include Board of Director of Cannon County Chamber of Commerce, Cannon County Families First Council, Cannon County Health Council, Upper Cumberland Regional Heath Council, REACH, Cannon County 911 Board, Leadership Cannon and many other organizations that benefit the community. He and his wife Ramona have been active Arts Center supporters for many years with James serving 2 terms as Board President.

Neal Appelbaum is a CPA with a background in corporate and non-profit management. He is the current Board President of the Cannon County Chamber of Commerce, board advisor for TN Parks and Greenways Foundation, Board Treasurer and Past President of the Stones River Watershed Association, serves on the Cannon County Industrial Board, and is a former Board Member of The Arts Center of Cannon County. He was instrumental in the preservation of 1000 undeveloped acres in Cannon County as public land. Neal was also initiated the award winning solar installation of solar panels on The Arts Center’s roof, frequent sponsor, Arts Center vendor in the gift shop, volunteer caterer for the Annual Reverse Raffle Fundraiser, and a consistent Arts Center Volunteer.

The Board of Directors has identified a search committee which will conduct a search for a permanent replacement.

Print
Members Opinions:
[Delete]
Donald, Thanks for your great service to Cannon County. May you be successful in your future endeavors.
poplarbluff
[Delete]
An absolute winning example of goodness and community service that helped put our community on national map...
[Delete]
Donald thanks for your many years of dedication to the Arts Center of Cannon County. I'm proud to be a part of this great organization!!
James Adkins