JUANITA THOUIN, Special to the Courier 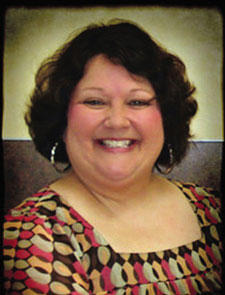 BAIRD
Tucked into a 10-foot-by-10-foot office in the Cannon County school board office building is an agency that can mean life or death to victims of domestic violence.

The office is home to S.A.V.E., the Service and Violence Education program.

Run by its director, Lisa Baird, and several volunteers, the organization assists domestic violence victims with everything from an emergency supply of food and diapers to being an advocate in court. But because S.A.V.E. operates on a shoestring budget of just $22,000 per year, providing shelter to those with an immediate need just isn’t within its financial grasp.

That’s where the agency’s relationship with United Way has been a godsend, Baird said. Networking with another United Way agency has opened the doors for S.A.V.E. to direct women to the shelter operated by Rutherford County’s Domestic Violence Program.

While having to pull kids out of school and travel to Rutherford County is not ideal for domestic violence victims in Cannon County, Baird is grateful for the partnership.

“We’re thrilled that they’re there and willing to help us,” she said.

United Way traces its beginnings to 1887 and Denver, Co., when Frances Jacobs and several area clergy created an organization to serve as an agent to collect funds for local charities, to coordinate relief services and to refer clients to cooperating agencies.

Today, United Way spans the globe and has come to be thought of as the Good Housekeeping seal of nonprofit agencies, said Meagan Flippin, marketing director for United Way of Rutherford and Cannon Counties.

It gets its nickname due to the rigorous affiliate application process, Flippin said. Communities and other nonprofits can be sure that when they are dealing with a United Way agency, they are in fact dealing with a legitimate and credible nonprofit organization.

Though the years, United Way’s mission hasn’t changed. It still exists to mobilize the caring power of communities to advance the common good.

That means helping nonprofits partner with each other to provide a web of resources that can efficiently and effectively help those in need, Flippin continued.

The difference between an affiliate agency and a grant recipient is the level of application, Flippin said. Full partner agencies have undertaken that rigorous, three-year application process.

The advantage of becoming a United Way affiliate is the opportunity to tap into the $2.6 million aggregate fund. While S.A.V.E. would like to proceed with application, due to financial limitations, United Way currently has no openings for additional affiliates, Baird and Flippin said.

Right now, United Way’s fundraising campaign has only been able to generate enough money to supply the needs of current affiliates and to honor all designated contributions, Flippin explained.

United Way’s inability to take on another affiliate is one reason connecting partners is so important.

Connecting S.A.V.E. with the much larger Rutherford County Domestic Violence Program allows the Cannon County organization to utilize the services DVP can provide solely because of its affiliation with United Way.

United Way provides the funding to keep the DVP shelter open and running, said Deborah Johnson, executive director of Rutherford County DVP. Of the agency’s $700,000 yearly budget, more than half goes towards the shelter.

“We’d be missing a lot of program pieces if it wasn’t for that resource,” Johnson said.

The recent domestic violence death of Briana Brown of Smyrna reinforces the importance of organizations such as DVP and S.A.V.E., Johnson explained.

“Victims need to take this seriously,” Johnson said. “They need to get additional information, confide in others, make safely plans and create a paper trail. We are available to help them do that.”

DVP and S.A.V.E. are model United Way partners, Flippin said. They exemplify the mission of United Way bringing together organizations that promote better lives for all Rutherford and Canon County residents.