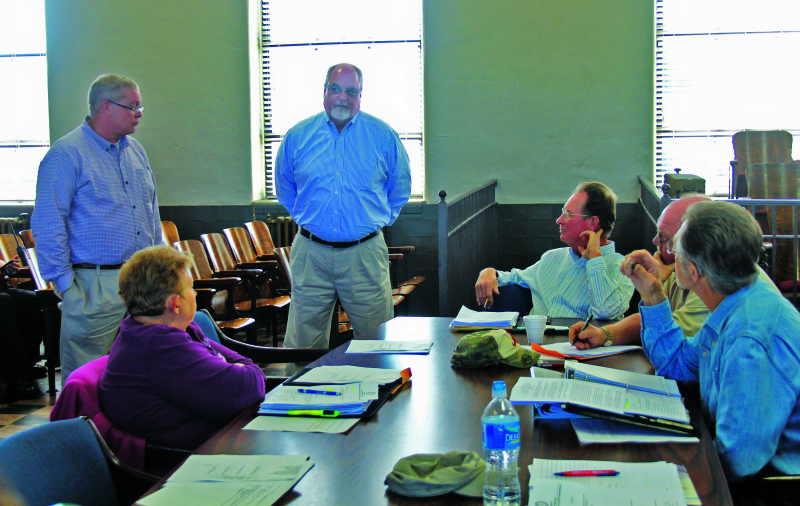 The bad news was Middle Point Landfill is nearing its capacity meaning Cannon County, Rutherford County and Metro Nashville {and 15 more cities or counties} will soon have to look elsewhere for a place to dispose of its trash.

The good news is that Rutherford County officials are acting on the problem before it is too late.

"We've been notified that expected closure will come in 2028," Nolen.

"But we've been told it could come even sooner," said Smith, due to the rapid growth of Murfreesboro {Rutherford County} and Metro Nashville [Davidson County}.

"We look at Cannon County like a little sister. We may pick on her, but anybody else better not." said Nolen, explaining that Rutherford County wants Cannon to be involved in planning for the future.

"We want to develop a 100 year plan. We have got to change the culture to recycling," he said.

"People don't realize the cost of solid waste disposal. We spend $9 million a year to get rid of trash in Rutherford County," Nolen said.

There are numerous misconceptions about solid waste disposal in Middle Tennessee.

One is that Rutherford County operates the Middle Point Landfill, which in effect replaced the Rutherford County Landfill which reached its capacity in the 1990s. The landfill is currently owned by Republic Services.

BFI, one of the nations largest waste disposal companies, opened Middle Point in 1988. In 1999 Allied Waste Industries purchased BFI. It was subsequently merged into Republic Services.

Nolen said Murfreesboro and Rutherford County want to look to new concepts as a way of minimizing the need for landfill space. Recycling is part of that, but they are also looking into gasification of solid waste.