COMMENTARY: ‘You Oughta Write Something’ 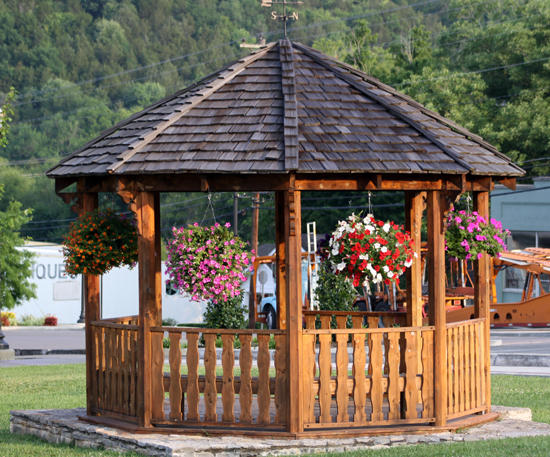 Not too long ago, at the end of a conversation we were having, Cannon County Commissioner and Woodbury Police Chief Kevin Mooneyham said to me, “You oughta write something about how beautiful the outside of the courthouse looks.”

I’ve never been one to refuse an order from a law enforcement officer, so here goes:

The outside of the Cannon County Courthouse does indeed look wonderful. It might just be the best looking piece of public property in the county.

Flower beds and shrubbery adore the inside and outside perimeters of the parking area. Attractive flower pots hang from the gazebo and on lampposts along Main St.

The lawn of the courthouse is somewhat of an oasis in Downtown Woodbury, in that many of the areas which surround it look somewhat dreary as several of the buildings sit empty year after year and many are in dire need of a facelift.

The magical setting does not materialize out of thin air, however. A lot of man hours go into making it happen and keeping it that way.

Leading the effort is County Maintenance Director Daryl Fisher. He, along with a work crew provided by Sheriff Darrell Young, put much effort, sometimes seven days a week, into making it look so good.

“I want the people of the community to be proud of what they have.” Fisher said. “We have in my opinion a picturesque area right here.”

Fisher believes that the effort he and his crew are putting forth may one day lead to a rebirth of the downtown area.

“If we take an interest and have pride in what we are doing, we can have a revitalization of the area around the courthouse,” he said.

He also feels as though the work serves an important role in the rehabilitation of Cannon County Jail inmates.

“They love it when people come by and comment on how good the courthouse looks on the outside,” Fisher said. “It gives them a sense of pride too, and shows them they can be a contributing factor to the community instead of a negative one.”

In addition to the courthouse, Fisher and his crew have recently started helping the Town of Woodbury with the maintenance of Brown-Spurlock Park.

“The city is a part of the county and they don’t have the manpower that we do,” Fisher said. “We’ve been helping with cutting grass, pressure washing, cleaning up trash, whatever is needed. We want to help make things better and more attractive wherever we can.”

Fisher said he is given pretty much of a free rein by Cannon County Executive Mike Gannon and Woodbury Mayor Harold Patrick to do what needs to be done, and that he takes the responsibility seriously.

“We are fortunate that we have two leaders in Harold Patrick and Mike Gannon who really care about the appearance of our community,” Fisher said, “and we are going to do everything we can to make it look the best it can be.”