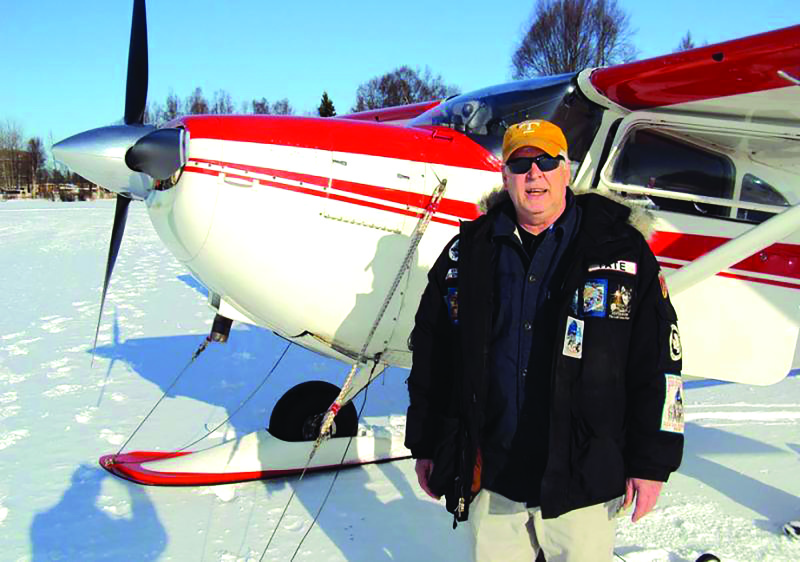 Come poke a little fun at the expense of Dr. Gayle Tate on Saturday, April 16 at the Arts Center of Cannon County.

Admission is free to the event which will begin with refreshments at 7 to 7:30 p.m. The roast will begin at 7:30 p.m. with emcees Matt & Mary Ellen Smith.

In case you didn't know, a roast is an event in which the guest of honor is subjected to good-natured jokes at their expense.

Dr. Tate, a veterinarian, has already had a stout dose of harsh treatment this year.

When he isn't busy tending to his four-legged Cannon County patients, Dr. Tate enjoys a "leisurely" vacation tending the canine athletes at the 1,049 mile Iditarod, an annual shed-dog race in Alaska that challenges both human and canine competitors to withstand its harsh elements.

Nothing's easy about the Iditarod. As a volunteer veterinarian for the race, Tate is assigned a checkpoint and is in charge of treating and caring for the dogs (and sometimes mushers) whenever they reach his station. There's little time for sleep or rest during the dramatic event.

The mushers start with as many as 16 dogs and leave tired or injured dogs at the checkpoints along the way. Tate also is responsible for caring for left dogs until they're transported back to Anchorage.

That's a far cry from his hometown, where Tate's childhood involvement in Cannon County 4-H led him to pursue a career in veterinary science at UT-Knoxville.

At UT Knoxville, he majored in plant and soil science before being admitted into the first College of Veterinary Medicine class in 1976 of 40 students. He graduated in 1979.

After school, he returned to Woodbury, where he opened one of the first veterinary practices in the town. In 1996 and 2000, he served as an emergency equestrian veterinarian at the summer Olympics. That led to his interest in the Iditarod.

To be selected, veterinarians must have at least five years of clinical experience and be prepared to work long hours in arctic conditions. Since there is no road access, volunteers travel by small airplane to the checkpoints. Accommodations vary from wilderness wall tents to small community buildings in native villages.

To be eligible to enter the race, each canine athlete must pass a physical exam and undergo comprehensive screening, including electrocardiography (ECGs) and blood tests (CBCs/Chemistry Panels). In addition, all are permanently identified by a microchip implant.

It is estimated that over 10,000 routine veterinary examinations are performed along the race course. Heart rate and rhythm, hydration, appetite, attitude, body weight, lungs and feet, are typically evaluated. Each musher carries a dog team diary which is presented to a veterinarian at every checkpoint. These serve to document the physical exams.

During a 24 hour period, dogs will run a total of around 12 hours, with run rest cycles of approximately 4-6 hour intervals. Mushers and veterinarians receive far less rest!