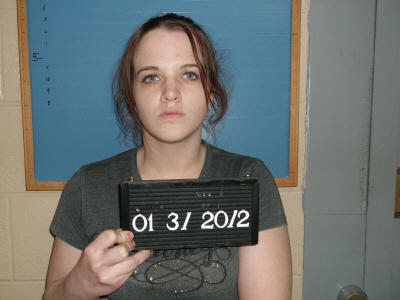 Coleman allegedly struck her bedridden grandmother in the face.

Deputy Smith responded to that address after receiving a report from a home health care worker that a patient she tends to there had been beaten up by her granddaughter.  The nurse contacted Adult Protective Services and the sheriff’s department.

She went to the address and was unable to get a response when she knocked on the door. Deputy Smith made entry through the unlocked door when he arrived.

He observed bluish marks on the victim’s face around the eyes. The grandmother said Coleman had gotten mad and started assault her while she was in bed. Coleman lives with her grandmother.

Deputy Smith returned to the sheriff’s department and obtained an arrest warrant for Coleman. She was arrested at B6 Southridge Apts. on Jan. 31.

Print
Members Opinions:
bjam
[Delete]
this girl needs the crap beat out of her, and then maybe jail
punkin01
[Delete]
I agree bjam....She needs a taste if what she gave her grandmother & then jail.
ftenpenny
[Delete]
Have cow whip will travel