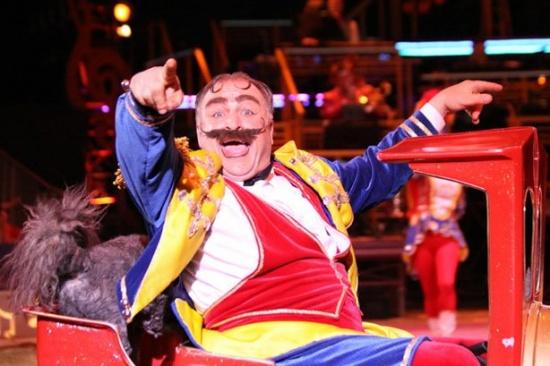 The circus is coming to town, but for one night only.

Circus Anastasininis will be performing for kids of all ages this Friday (Aug. 17) at the Pemberton Arena at the Cannon County Fairgrounds.

Since 1877, Anastasinis have been delighting audiences all over the globe. They are renowned for their performances packed with the epitome of professionalism, spontaneity, charm and elegance.

The Anastasinis are dedicated to the delivery of world-class entertainment which will amaze and enchant clients and audiences in any venue. Each performance is treated as if it were the most important in their careers. The Anastasini’s goal is to present performances that will never be forgotten!

The Anastasini Ancestry has for eight generations continued to raise the bar in the presentation of quality entertainment. Talented predecessors have inspired the current generation of Anastasinis to deliver even more precision, originality, and skill in their thrilling contemporary versions of:

The incredible renditions of these exciting acts have been presented to audiences in Europe, South Africa, Japan, China, Mexico, Canada, and the United States. The Anastasinis have been awarded the Circus Oscar in Madrid, Spain, for Best Comedy Act, the China Festival Special Award for their outstanding presentation of Diabolo Juggling, the Best Act Award in Munchen, Germany, and many more.

Print
Members Opinions:
defiantmember
[Delete]
What's the price of admission?
CannonCourier
[Delete]
Was not provided when asked, nor is it listed on any of their promotional material.
Cin
[Delete]
Some of the merchants on the square have free tickets for kids. Don't know what the price will be for adults.
save
[Delete]
I called number that was posted on one of thier signs. The gentleman told me adult tickets are 12 dollars. I asked him about animals, He informed me the only animals they had were dogs.