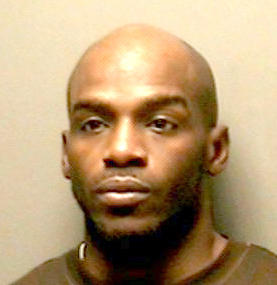 A former Murfreesboro resident, suspected in an armed robbery at Cash Express in Woodbury last August, was shot to death recently in a Savannah, Ga. robbery.

Benjamin Lamar Carter, 36, was living in the Savannah area at the time of his death. He previously lived on Wenlon Drive in Murfreesboro.

Carter was the alleged gunman in the Woodbury robbery. Two other suspects, Joetavious M. Randolph, 18, and Thor L. Coleman, 21, both of Murfreesboro, were apprehended following the Cash Express heist.

Carter was shot during a Sept. 27 robbery in Savannah by an employee of the Coastal Gold Exchange. Carter fled along with Anthony Threatt Robinson following the incident.

In pursuit by police, Robinson crashed a pickup into a house near East 46th Street in Savannah. He ran and police chased him and took him into custody.

Investigators discovered Carter’s body in the pickup. He was declared dead at Memorial University Medical Center in Savannah from a gunshot wound.

Savannah-Chatham Metro Police charged Robinson with multiple offenses following the incident, including felony murder. Robinson was not implicated in the Woodbury robbery.

Carter’s death did close the case for Woodbury Police.

“Patrick Fann did an outstanding job of working the case, developing suspects and making arrests (locally),” Woodbury Police Chief Kevin Mooneyham said. “I also extend our gratitude to law enforcement in Murfreesboro and in Georgia who assisted in this case.”