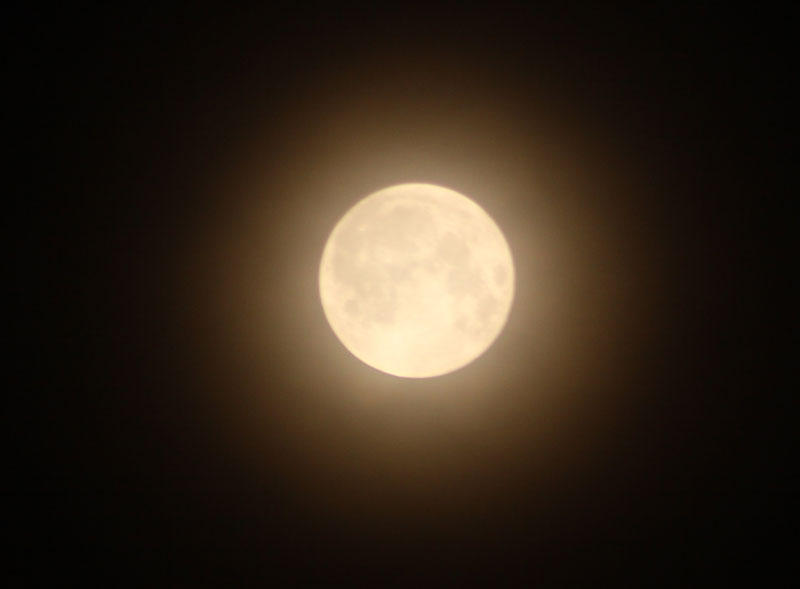 The biggest and brightest full moon of the year arrived Saturday night over Cannon County as our celestial neighbor passed closer to Earth than usual.

Saturday's event was a "supermoon," the closest and therefore the biggest and brightest full moon of the year. At 10:34 p.m., the moon was about 221,802 miles from Earth. That's about 15,300 miles closer than average.

That proximity makes the moon appear about 14% bigger than it would if the moon were at its farthest distance, said Geoff Chester of the U.S. Naval Observatory. The difference in appearance is so small that "you'd be very hard-pressed to detect that with the unaided eye," he said.

The moon's distance from Earth varies because it follows an elliptical orbit rather than a circular one.