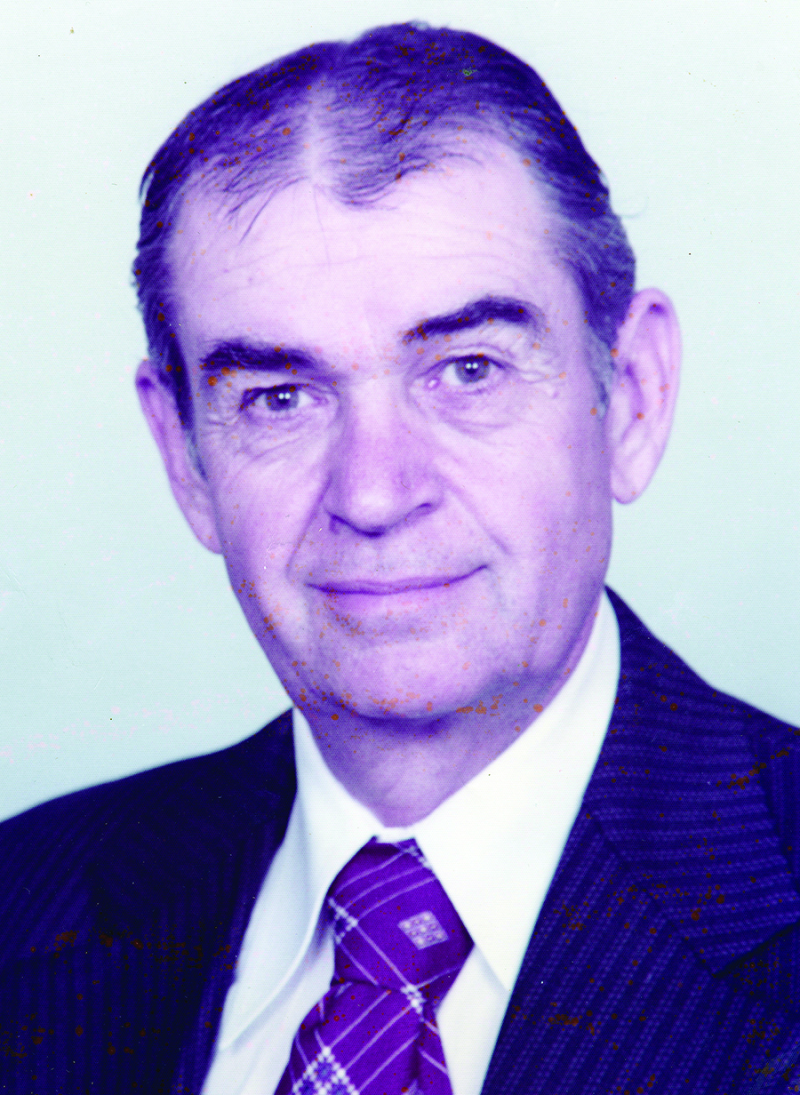 Friends, associates and the entire town of Woodbury are mourning the death of Mr. William "Bill" Smith, 97.

"Bill was constantly promoting Cannon County and what a good place it was to live, work and raise a family. He touched the lives of a countless number of people during his 50+ years at the bank," said Andy Bryson, former editor and owner of the Cannon Courier.
Like many other people, the Smith family was always close to the Brysons. Smith gave many youngsters their first job in Woodbury.
"My first job was hauling hay during the summer for Bill on his farm," Bryson said. "Hayden and I stayed with Steve and Mike many nights at their home on the old Murfreesboro Road just west of the Funeral Home."

"Bill gave me my first job out of college. He would always have some errands to run for him or somebody. We always talked on Monday morning about our weekend. I can't say enough good things about Bill," said Craig Mears of Woodbury.

"I have been blessed to know and work with Bill the past 15 years. I can't say enough good things about what he has done for me, my family and our community. They broke the mold when he was made. Prayers to all of his family and friends," said Tim Gentry, Bill's co-worker at Smith Funeral Home.
"It was with such great sadness that I read of Bill's passing. When I moved to Woodbury with my mother, Ruth Curlee, he was one of the first people to welcome me and want to involve me in the community. I enjoyed very much hearing his stories about my family which he told with joy. Bill was always actively involved in the community that he loved. I will miss him. My deepest sympathy to his family," said Lu Ann Curlee of Woodbury.

Bill, as he was known to his family and friends, was born in the Edgefield community of Woodbury. His parents owned a farm and taught him a great work ethic from childhood. They raised their own livestock and garden to support the family.

His father died when Bill was only 13 years old in the middle of the Great Depression. It was during these difficult times that Bill's character was formed. He graduated from Central High School in the Class of 1937 and was described in the yearbook as "always cheerful and plucky." He always had a smile and a kind word for everyone.

Bill and Dot married and began their family in his beloved Edgefield community. She died at a young age and he carried on raising their two sons, teaching them everything he could to be good citizens and honest hard working men. Bill had to take jobs doing many different things as a young man. He would haul loads of coal, cut wood and whatever else he could do to earn an honest living. He was able to find work as a truck driver and drove for many years with McBroom Freight Lines, TCT and Super Service.

Bill's father had friendship with Dr. J. F. Adams before he died. Dr. Adams took notice of Bill's work ethic and offered him a job at the Bank of Commerce. His time at the bank took him from being a teller all the way to being President of the bank with 55 years of service at the time of his retirement. He earned a Banking Degree from LSU, while working at the bank.

During his time at the bank his creativity and entrepreneurial spirit came to be a great asset. They grew from one branch in Woodbury to operating a branch at Edgefield and Auburntown. Many of these students came to work with him at the bank and went on to college and other careers. Some of them stayed at the bank to form a close knit core group of employees.

His most trusted friend and co-worker, Christine, worked closely with him on any project that came up. One of those students that came to work and stayed was his son, Steve. Bill enjoyed working with him and showing him all there was to know in the banking business.
Bill always took a hands on approach with customers, calling them by name and introducing them to the employees and showing them around. Through the bank he was able to fund the construction of the pavilion at Dillon Park and donate the bank building at Auburntown which became the library. He developed the idea for the Good Ole Days a community event that the bank sponsored for 25 years. He also supported the county schools in any fund raising needs they had. He loved going to basketball games and made a point to keep up and encourage players and students at every opportunity. Bill was honored to be placed in the Banker's Hall of Fame for Banking Excellence by the Tennessee Bankers Association a few years after retirement.

Bill was right there to help when his son, Mike, decided to open Smith Funeral Home. He and Christine later became co-owners in the funeral home with Mike. They enjoyed helping and working with the families they had known for a lifetime. It seemed Bill never tired of working. When he wasn't working at the bank he farmed. He raised Hereford cattle, walking horses and mules. He cut, baled, hauled hay, planted a small crop of corn on the family farm to feed his livestock.

Bill's love for mules kept him busy too. He was an active member of the Middle Tennessee Mule Skinners Association. He enjoyed working and showing his mules on the farm and at events like Mule Days at Columbia and the Woodbury Mule Show. He and several of the members of the Mule Skinners built a Twenty Mule Team hitch and drove the mules through town.

Family time was important to Bill. He always tried to include his sons in the work around the farm. He loved to go on the Cannon County Walking Horse rides with them and go camping. He was all about working hard and having fun. They took some great trips out west and Bill got to meet and have lunch with John Wayne. When his granddaughters, Lindsay and Blaire, were born nothing would suit him better than giving them a horse and showing them how to ride. He took them on hayrides and held cookouts. He would be at every game they played and got involved with their lives as much as possible.