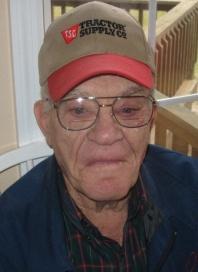 Mr. Calvin McAdoo "Mack" Miller, 87, of the Burt Community died November 26, 2012. He was born December 6, 1924 in Woodbury, TN. His parents were the late Joe Miller and Ethel (Holt) Miller. He was also preceded in death by his brother, Joe Frank Miller; sisters, Jessie Lou Knight, Lera Elledge and Willie Bickel.

Mr. Miller was a member of the Bethlehem Church of Christ. He was a life long resident of Cannon County. Farming was one of the greatest joys of his life. He and his brother spent many hours together working, planting corn and baling hay. He raised cattle and pigs also.