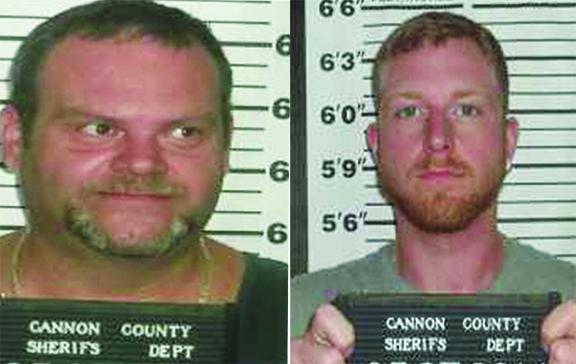 A major drug investigation has resulted in the arrest of a Woodbury businessman and his son.

Arrested on multiple charges were Richard Anthony Bogle of Pelham’s Wrecker Service and his son, Richard Chase Bogle. Richard was the son-in-law of the late Jerry Pelham who started his salvage company in 1958. Chase was Pelham’s grandson.

Investigator Brandon Gullett led the case which resulted in sealed indictments issued during the May term of the Grand Jury.

“It was the biggest pill case I’ve worked,” Gullett said.

“On May 27, 2014, I along with Sheriff Darrell Young and Deputy Jordan McGee arrested Richard Anthony Bogle on a sealed indictment,” the investigator said.

Investigators had Stephens under surveillance when Deputy Jordan McGee spotted her brown Honda inside the rear gate of Pelham’s Salvage. McGee pulled into the rear gate and witnessed Richard and Chase Bogle run into the bay door of the building.

“Deputy McGee and Investigator Anthony Young then pursed Richard and Chase Bogle on foot locating Richard Bogle in possession of a white sack that contained the marked $400 used in the purchase of 20 Oxycodone pills from Sherry Stephens, along with five prescription bottles that had Sherry Stephens’ name on them,” Gullett said.

Under initial questioning, Richard Bogle said Stephens was on the premises to purchase a speaker and antenna for her car, but after Bogle and his son were led outside she admitted the drug activity.

“I was then advised by Sherry Sharlene Stephens that she was indeed at Pelhams to see her pills for $1,000 in currency from Richard Bogle,” Gullett said.