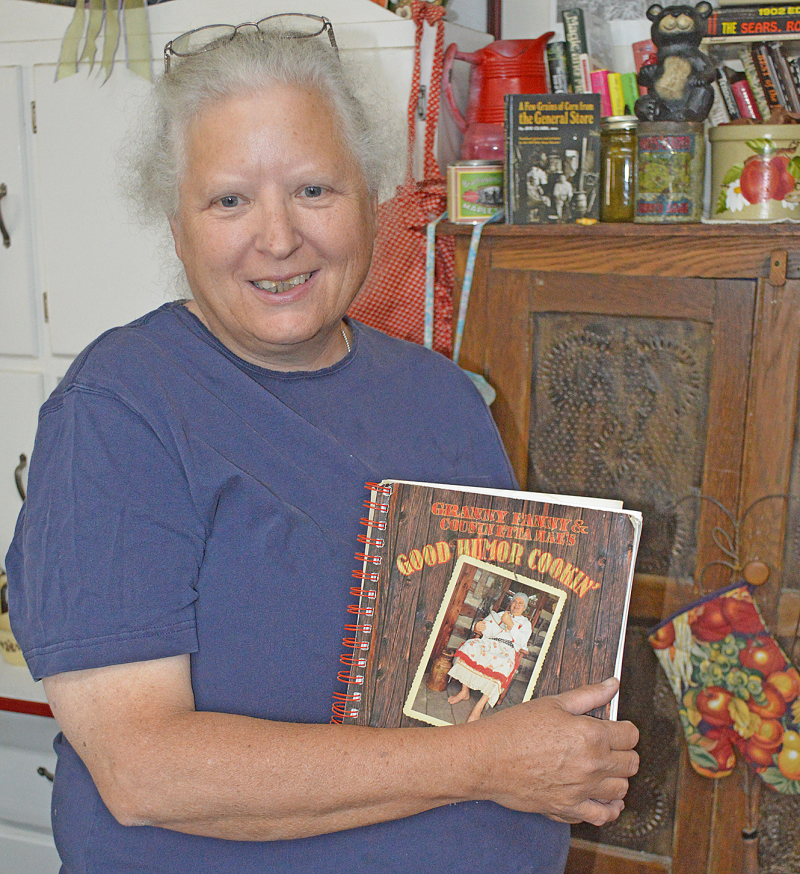 READ-yville: Baloney sandwiches slathered with mayo are popular at Russell's Market, but its words by the thousands that fly off the shelves there on a daily basis.

Specifically, they're books loaded with "words" from authors, including some well-known authors like John Gresham.

Most folks in Middle Tennessee know about the ancient Readyville Mill that has stood sentinel over Stone's River for centuries. And the historic river marks the county line between Cannon and Rutherford counties.

Fewer community folks realize Readyville had electricity before the larger and more metropolitan Murfreesboro west of the river.

Today Readyville is becoming known for something else unique ... as in increased literacy among locals in the rural, unincorporated community straddling over into two counties.

It's because of Russell's Market proprietor Mary Reed and her self-created Readyville "FREE" Book Library ... the key word being "free" since all books, maps and information references are "free for the taking," said Mrs. Reed who loves to READ herself.

Books by the dozen leave through the front door from this longtime community country market that dates back to 1978 in the family, because Mrs. Reed doesn't "charge" for her little library tucked away in back of the store.

"Our books are free for the taking, including new readers," verbalized library founder/director Mrs. Reed. "We have regular clients who will exchange a book, borrow a book, take a book home and keep it, or bring it back. It makes no difference, because there's no late fees, no charges what-so-ever."

"We encourage everyone, especially children, to come in and get a book. For example, 12-year-old Dylan Hoover is one of our most loyal book readers," Mrs. Reed shared. "Some children come in, saying they don't like to read, but then, when they get an exciting story book in their hands, they're hooked. And they become regulars too."

"Out of the thousand or more books we have, our library patrons, new or old, can come get one, borrow one, swap one in and take another one home," directed library director Mrs. Reed. "The books are here for the asking."

"Word" of the little library nestled in a back corner of the store is spreading, just like the mayonnaise on the cold-cut sandwiches consumed by the likes of loyal customers Tony Reed and Tim Steagall who sometimes are there when store man Russell Reed unlocks the front doors at 5:30 a.m.

"We are attracting some strangers now, who come in and browse after hearing of our little free library," Mrs. Reed shares. "It seems to bless mothers' hearts when their child gets excited about reading a book."

She was asked how the community's library has grown to more than a thousand books.

"In all sorts of ways...such as Judge Royce Taylor, who was in Cannon County recently due to court proceedings in Woodbury, dropped off more than 50 books," Mrs. Reed accounted. "His interest seems to be history books, you known, history of America, Tennessee and the world."

Reading seems to run in the Reed family, for example, daughter Britney, who works at the Town of Smyrna Library, has a goal of "reading at least 100 new books per year," proud Mother Mary noted.

"We never know what type books are donated and brought to us," Mrs. Read reported. "We got a book in the other week telling folks how to rear a child. We also have the classics, such as William Faulkner."

And there's more, such as a toy section for young'ens.

However, there's "one certain book" that is not allowed out the front door.

"It's my treasured Granny Fanny Cookbook, featuring a certain former reporter in Murfreesboro dressed up like his grandmother on the front of the book," Mrs. Reed reported. "See the gravy stains, and the green bean juice stains on the book, that means my Granny Franny Cookbook is highly used in my kitchen. That book stays home."

Since there's no posted speed limit signs in downtown Readyville, it's a great place to slow down, grab a baloney sandwich and cold drink, select a book, then read and rock slowly in the inviting rocking chairs on the store's front porch as the water in nearby Stone's River gurgles slowly downstream.

Edwina Ward
Cindy
[Delete]
What a great idea Russell and Mary! Miss you. Always loved you and your store! Cindy Watson
poplarbluff
[Delete]
If you want to step back in time, when neighbors were neighbors and sweet and good to each other, then Mrs. Mary's "free library" and rocking chairs on their front porch are the place for you and me. Amen!!