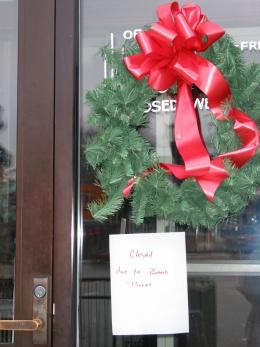 3:15 p.m. UPDATE: A search of the Cannon County Courthouse failed to reveal any explosive device.

The Cannon County Courthouse was closed following a phoned-in bomb threat this afternoon.

Cannon County was among the more than 24 courthouses across Tennessee to receive a bomb threat today. (Tuesday, Nov. 27) All the threats were phoned in.

Tennessee Highway Patrol officers were dispatched to the Courthouse to inspect the building with two bomb-sniffing dogs.

"We have been made aware of the situation and are monitoring it closely. Preliminary information indicate that 29 counties across the state have been affected with bomb threats, mainly at courthouses. The Tennessee Highway Patrol is assisting local law enforcement agencies, as needed. There have been no devices found at this time," said Dalya Qualls, spokeswoman for the Department of Safety and Homeland Security.

Tennessee is at least the fourth state this month to deal with bomb threats at courthouses. In Oregon, 28 courthouses were threatened last week, and similar threats were reported in Nebraska and Washington.