Bob Stoetzel a man of many hats 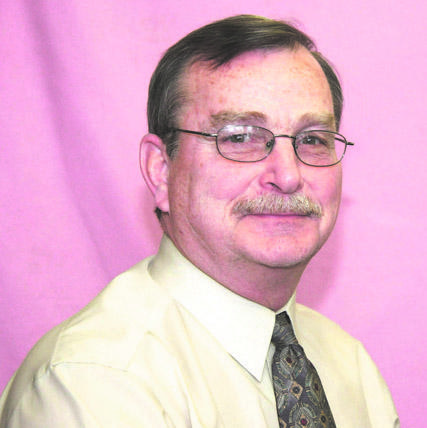 Robert "Bob" Stoetzel was a man of many hats with a public servant heart.

Mr. Stoetzel was noted throughout his hometown as a faithful Christian family man, but also for his charitable nature and serving as an elected government official for many years.

As a commissioner and former sheriff of the county, he was known for his loyalty to the people, numerous other public office holders credited.

“Bob would stick with you … a man of integrity and loyalty," confirmed Third District Commissioner Jim Bush. "He always did what was right for the people."

Mr. Stoetzel served as chairman of the county commission for three years until earlier this month, when he was elected as assistant chairman following Commissioner Mark Barker’s election as chairman.

"Loyalty" is a common thread of Mr. Stoetzel's public service.

"His death is a gut-wrenching loss," accounted Woodbury Mayor Harold Patrick, who served as county executive in 1994 when Mr. Stoetzel was elected sheriff after moving to this area as a police officer and Tennessee Highway Patrolman from the Oak Ridge and Oliver Springs in East Tennessee.

"Bob was hard-working, dedicated and loyal," Patrick added. "And he stood his ground for his convictions for the public good. Our hearts and prayers go out to his wife, Teresa, and his three children. His loss will be felt throughout our community.

"As a former sheriff, his opinions as a county comm-issioner about law enforcement issues carried extra weight and value when commissioners had decisions to make in that area," Patrick added.

Son Tracey Stoetzel has followed in the footsteps of his father, first as a deputy with the sheriff's department, starting in 2007, and presently a patrolman with the Woodbury Police Department.

"He's been a law-enforcement role model for me, and great father figure for my sister Candice, brother Dustin and myself," Tracey paid tribute. "He first attended the Police Academy as a policeman at Oliver Springs and later as a State Highway Patrolman."

Current Cannon Sheriff Darrell Young was emotional upon learning of the death.

"Bob is one of my best friends, someone you don't replace," Sheriff Young noted. "When we worked jointly on the Cannon County Drug Task Force, me as a Woodbury police officer, and him as sheriff, we spent several long nights and days in making arrests," Young accounted. "He taught me a lot, mentored me in lots of ways … and was very cooperative to work with."

"Bob was a good guy, was willing to assist us anytime we needed help, and was not afraid to ask for help from our agency when needed," noted Jones. "He believed in his job, and was dedicated to good honest treatment of the public. He was always willing to work with us."

He was more than a salaried elected official, credited Col. James E. Stone Sr.: "Bob Stoetzel was our historian and on the board of directors at American Legion Post 279, as a Navy veteran. A true Tennessee Volunteer, his work benefited many veterans needing health care and medicine. His quality of work as a historian was recognized nationwide by the national American Legion. He is one guy who will be really missed."

As Sheriff, Mr. Stoetzel helped save the life of White Law Prater, who at age 93

was likely Tennessee's oldest active "newspaper boy" as an agent for the Cannon Courier.

"One early morning in 1995, when it was freezing cold, I stopped my patrol car to give White Law, who was stranded, a ride as he was trying to go around town selling the Courier," Mr. Stoetzel noted in an interview he gave in 1995 at the Sheriff's Department. "When (the late) White Law finally managed to crawl into the vehicle to take a break from selling his newspapers, I noticed that his eyebrows were frozen from the sleet and rain. I told White Law I admired his determination to do his job, but the weather elements were too dangerous for a man his age at the time. Unbeknownst to anyone, I helped White Law make a few newspaper deliveries that cold wintry day."

"There was a very sick inmate in the county jail, and when he died, it was determined the family had no resources for a funeral and burial," Burnett recalled. "Bob and his inmates took it upon themselves to not only construct a pretty cedar casket, and then, they held a funeral at the jail before respectfully transporting the body to be buried in the Cherry Cemetery in Woodland community.

"That's the type man Bob was," added Burnett, who currently works with the Tennessee Governor's Highway Safety Commission. "He did what he felt was right, and would stand by his word.

"An unusual move that most sheriff's would not do, Bob allowed me, with the Woodbury Police Department, to handle child molestation cases both for the county and the city … he was not interested in getting credit for that, but wanted what was best for the children and the community.

"His priority was not to be politically popular, but to do what he felt was best for the community," concluded Burnett.

Current Woodbury Police Chief Kevin Mooneyham added: "Bob was a joy to work with, a straight forward man. He was a leader who helped establish as sheriff a true functional cooperative effort between our police department and the county sheriff's office."

It was when Mr. Stoetzel served as sheriff, that his heart began failing, to the point he was put on a national heart transplant waiting list.

"When Bob was elected chairman of the county commission, I went to him as an IDB member, advising him he either needed to straighten us out to be functional, or disband us," Reid account. "He went to work, and with his leadership, we've got seven hard-working IDB members attending every meeting and working on issues important to the county, including seeking new business growth."

Reid had learned that death came to Mr. Stoetzel because of heart failure while he was at a Nashville hospital last week for a health check.

"You could say that Bob wore his heart out, as a public servant for the good of our community," Reid added. "With his heart transplant years ago, one could say he wore two hearts out working on behalf of his family and our community he loved so much."

After retirement from law enforcement in 1998, the multi-talented Mr. Stoetzel became a regular contributor of news and feature stories for the historic Cannon Courier, joining his wife Teresa there in employment.

"Bob knew the people across all communities of our region," described Courier Publisher Ron Fryar. "He was truly a man of many facets and talents, dedicated to his God, family and community as a public servant."

Mr. Stoetzel is also known throughout Woodbury for his devotion to the family dogs including Cocoa, "the deadline dog" of Courier fame.

"Our hearts and prayers go out for Teresa and his children," added Fryar.

Print
Members Opinions:
[Delete]
Again, I can't say enough what the loss to this county will mean by Bob's passing.

He stood for what was right even when it was not politically correct for him to do so and he did what others would not do to help Cannon County and did so until the day he died.

He was a good man and in the end I know that's how he would want to be remembered.

ftenpenny
[Delete]
I think we should ask Teresa,to serve the remaining time of Bob's term.

[Delete]
I also think Teresa would be a wonderful addition to the commission. She could continue the good work that Bob initiated.
ftenpenny
[Delete]
Call your comm. an ask him to put her name in the consideration
[Delete]
I think that is a great idea Fred!

If Teresa would accept it I think it would be wonderful addition to the commission!

[Delete]
I think that is a great idea Fred!

If Teresa would accept it I think it would be wonderful addition to the commission!