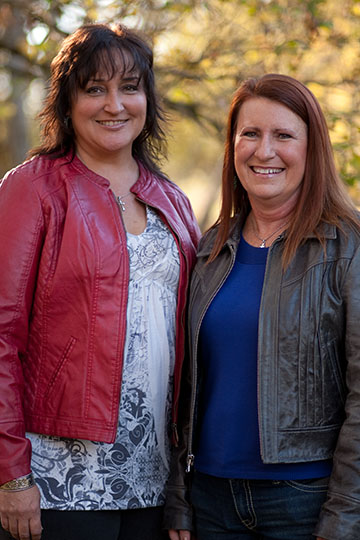 Local authors Denise Barrett Caffey and Kim Davenport of Woodbury, will debut their new novel "616". It is published by Archway Publishing, the self-publishing subsidiary of Simon & Schuster.

March 14 is the date for their launch and book signing at the Cannon County Arts Center on John Bragg Highway in Woodbury, from noon until 2 p.m.

Caffey, an artist and also known locally as "the pie lady", says she is not a writer after writing the 367 page novel. Davenport is the former owner of Cannonwire, a local online newspaper and is a former Realtor. Both have been working toward public-ation of the book for over two years.
Set in their small southern hometown of Woodbury Tennessee, 616 is a thriller that deals with the supernatural. It is chocked full of real Southern humor.

Three young women-friends since childhood-live in Woodbury, leading what they think are ordinary lives: Moss is a moonshiner, Erin is a banker, and Blue is the wife of a preacher. What they don't know is the upstanding mayor, Erin's uncle, is living a secret life-making a deal with a demon who brings evil into this small town.

Moss is also a dreamer. Her dreams are vivid, real, and terrifying, and they were starting to come true. After a botched murder investigation, the friends decide to set a trap and Moss has a redneck trick or two up her sleeve. Though the results are hilarious and are talked about around town for a month, it reveals a threat of evil. The friend's lives are turned upside down when their eyes are opened and they begin to see into the spirit world-a frightening world of the demonic.

Caffey and Davenport are available for interviews and appearances. For booking presentations, media appearances, interviews, and or book signings, contact 616thebook@Gmail.com.

The book is available for electronic download on Amazon Kindle, Google books, Barnes & Noble for the Nook, Google Books, and more.
The softcover can be purchased directly online from Amazon, Barnes & Noble, Archway Publishing. Books are also available for purchase inside the Cannon County Arts Center.