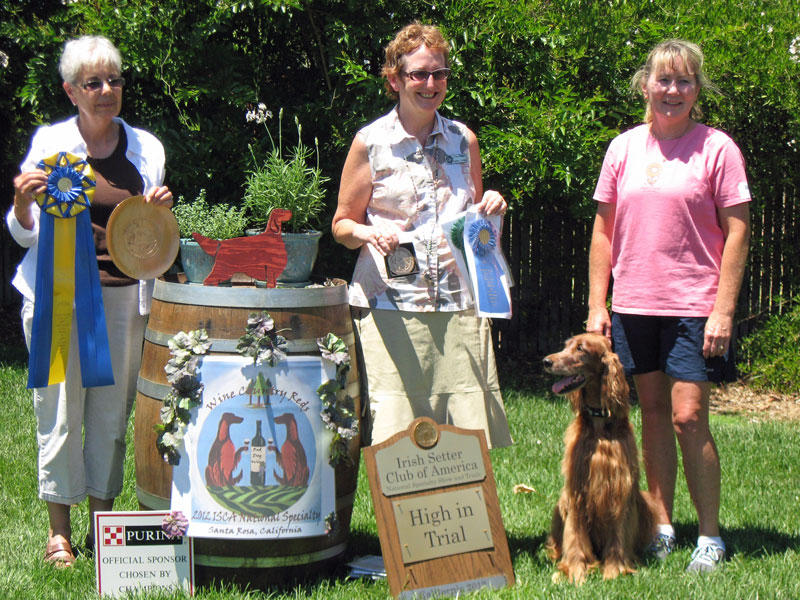 The pair also earned the highest number of points during the trial (show) earning the High in Trial Award.

Mia is a MACH 5 (Master of Agility Champion) and the sister to MACH 6 Charmin who was Cathy’s other Champion Irish Setter who resently lost her battle to cancer.

Between Mia and Charmin under the training and direction of Cathy, the group has dominated the Irish Setter breed in AKC Agility since 2006. Until recently Charmin was the highest ranking Irish Setter in Agility in the world and a favorite of agility handlers of all breeds.