A brief note about Bradyville 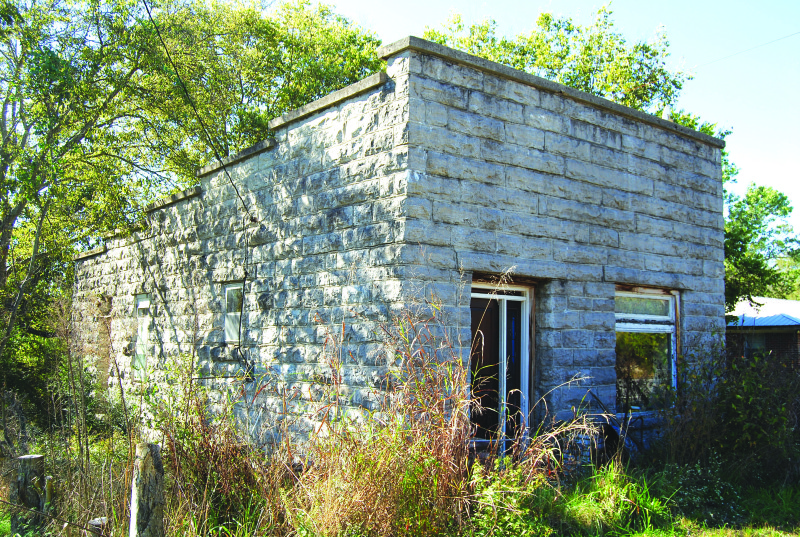 This building was constructed in 1925 and became Union State Bank after the merger of the Bank of Bradyville and the Peoples Bank of Bradyville. Tink Driver is in the process of restoring the structure which also served as a post office and a polling plac

Just a whisper of the village that thrived here 100 years ago, Bradyville was once home to two banks, four stores, a telephone switchboard and even a hospital.
"The old rock building, the bank, is the only landmark that stands out," recollected Robert Bush, of Woodbury, who grew up here in the 1950s and '60s and attended the Bradyville School.
"I can remember three storehouses opened there in the late '50s," he says of businesses run by families named Lowe, Jernigan and Rogers.
As for its heyday in the 1920s and 1930s, he noted "It was a large town with three of four storehouses, bank activity and a local switchboard. I guess in the early 1930s was the first time it had gasoline for sale. Standard Oil put in tanks in a two-store mercantile run by the Shelton's.
"It burned down in 1931, and a couple more buildings burned along with it. Cecil Miller had a photography studio in the top floor of it. They moved the gas tanks to Bynum's Storehouse which Jim Caffy ran for a while.
"Dr. Adams lived in Bradyville for about 11 years where he practiced medicine and was involved in those banks over there. He had a hospital and kept patients there before he came to Woodbury," said Bush.


Regarding the 90-year-old bank that Tink Driver has hopes of restoring to its former glory, he said, "There were two banks there for a while. The Peoples Bank of Bradyville was in a little wooden storehouse next to a small brick building on the opposite side of the road. The stone building standing was called the Bank of Bradyville and was chartered in about 1910 or 1911."

The banks merged in 1924 or 1925 and took on the name Union State Bank, which can be seen etched in the stone at the top of the structure.

"They hewed the stone out of the hills of Bradyville and hauled them specifically for a bank," Bush said. It was built on property that formerly belonged to Dr. James Curlee.

In 1925 the Cannon County Banking Company of Woodbury absorbed Union State Bank. Both enterprises closed during the Depression. Empty for a few years, the bank structure later served as the Bradyville Post Office.

Bush remembers when the building served as the polling place for local, state and national elections. "It was just a neat place to walk into," he said. Over later decades, it was used as a residence.

As for the name of the community of Bradyville, Bush said, "It is believed the name came from a man named Brady, whose first name might have been Joseph, who, during the 1820s, preached in the area, especially at a bluff two miles across the ridge on Carson Creek that came to be known as Brady's Rock.