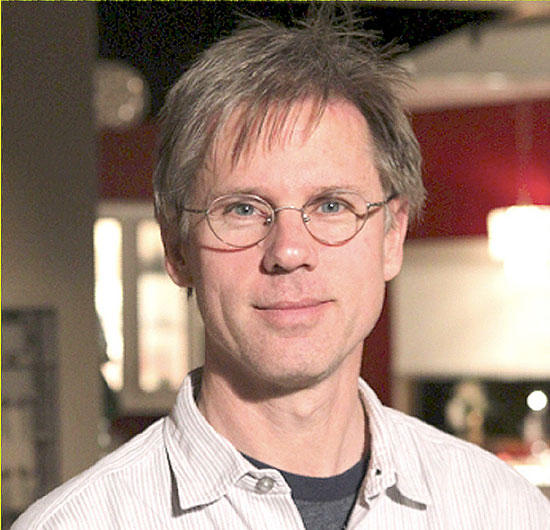 MURFREESBORO — The man who helped bring the loving insanity of real modern families back to television is bringing his creativity to MTSU for a special April 11 event.

Dan O’Shannon, the Emmy- and Golden Globe-winning executive producer and writer of the hit ABC comedy “Modern Family,” will speak at 6:30 p.m. in Room 160 of MTSU’s College of Education as part of the University’s Tom T. Hall Writers Series.

The event, “An Evening with Dan O’Shannon,” is free and open to the public.

"Many people are familiar with Dan because of the TV shows he's co-produced or written for, so we are very fortunate to have him at MTSU," said Dr. Zeny Panol, interim associate dean for the College of Mass Communication.

"He'll be visiting at least three of our classes while he's here, and I'm sure ourstudents will learn a lot from him. We're delighted and very proud to have him as our Tom T. Hall Series speaker."

O’Shannon, an Ohio native who’s been working in TV since 1986, includes comedy classics like “Newhart,” “Cheers” and “Frasier” on his resume alongside the dramas “Jericho” and “Threshold.” He also was nominated for an Academy Award for “Redux Riding Hood,” a Disney animated short film that featured the voices of Garrison Keillor, Mia Farrow and Michael Richards.

“Modern Family” was a critical and viewer favorite from its premiere in 2009, earning a prestigious Peabody Award its first season as a “wily, witty comedy [that] puts quirky, contemporary twists in family ties but maintains an old-fashioned heart." O’Shannon told The Cleveland Plain Dealer last fall that the secret, in addition to good writing, casting and direction, is “timing.”

“We came along at a time when most of what's on TV is one side of America bashing the other half of America over the head. And this is a show where the entire theme is about that which unifies us, not divides us,” O’Shannon said in the interview.

“No matter who we are, we all have a family and can connect to the love we have for our family, no matter how much they irritate you. So at a time when TV is constantly harping on how we're all different, we're putting on a show that shows us how we're all the same.”

O’Shannon also is the author of “What Are You Laughing At? A Comprehensive Guide to the Comedic Event,” which explains comedy theory. He’s lectured at UCLA and the University of Southern California and taught a course on writing at Cleveland State University, where he holds an honorary doctorate.

His visit to MTSU will include talks with mass communication and English classes and interviews with campus and local media at the college’s new Center for Innovation in Media in the John Bragg Mass Communication Building.

The Tom T. Hall Writers Series in the College of Mass Communication at MTSU celebrates songwriters, authors, poets and screenwriters and offers students, faculty,staff and the public a chance to learn more about the creative process as well as the business end of success.