World Series Will See Some Kaos 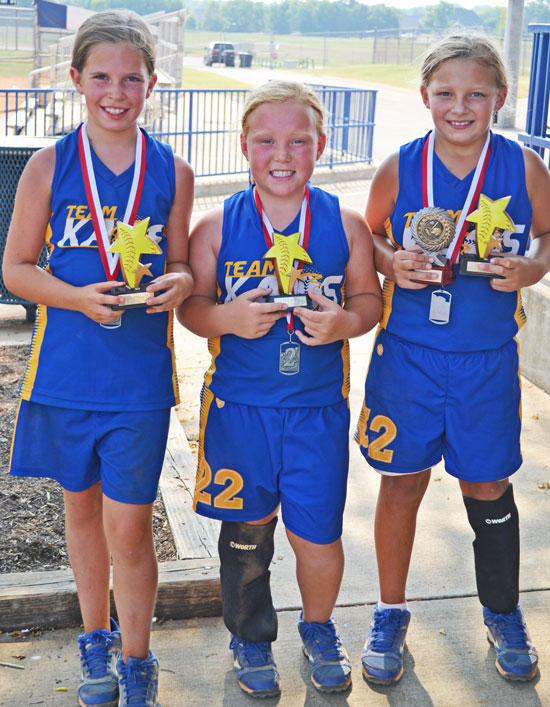 Three members of the Team Kaos Travel Softball team are from Cannon County and are participating in the USSSA8-under Open World Series in Gulf Shores, Ala., this week. Cannon County natives on the team include, from left, Shelby Smithson, Addison Melton and Katelyn Duggin.

Team Kaos won State Runner-Up in the USFA 8-Under Fastpitch Tournament in Murfreesboro July 1. Duggin was named All-Tournament. The team’s overall record for the year 40-11. The team has played in 11 tournaments, winning six and placing second in five.