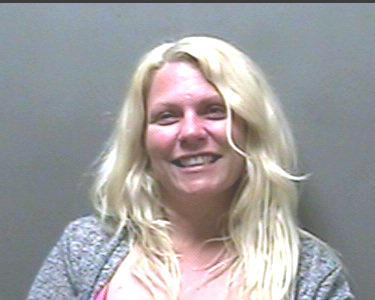 A Cannon County woman accused of trying to gain $2,500 from a man in exchange for preventing her from posting pictures of him on the Internet was charged with extortion Monday, a Rutherford County Sheriff’s detective said.

Valerie Layne Smitty, 36, of 205 Hayes St. in Woodbury was charged with extortion of the 60-year-old Rutherford County man by Detective Scott Tillman.

Smitty sent a text to the man last Friday stating if the man didn’t give her the $2,500, she would post the pictures online, Tillman said. The man contacted the sheriff’s office.

Tillman arrested the woman Monday at Wal-Mart on Rutherford Boulevard in the company of her two children and two of their friends, who were all pre-teens. Relatives of the children picked them up while Tillman interviewed Smitty.

Smitty was charged with the felony crime and booked into Rutherford County Adult Detention Center. She was released on $2,500 bond. A hearing is set Nov. 8 in General Sessions Court.