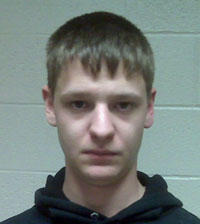 The Woodbury Police Dept. has arrested Mark Anthony Pless, formerly of 119 McBroom St., for two counts of sale of a controlled substance and two counts maintaining a vehicle or residence to keep, use or sell drugs.

Pless was also charged by Anthony Davis of the Office of Inspector General for Tenncare Fraud.

This arrest is the result of an investigation that began in September 2010 and was presented to the January term of the Cannon County Grand Jury.

Pless is currently being held in Rutherford County jail on unrelated charges at this time.

"All officers at the Woodbury Police Dept. were involved in this investigation at some point and have done an excellent job," Chief Tony Burnett said.

Burnett also thanked the Smyrna Police Department for its assistance in the apprehension of Pless.