Woodbury Native To Be Honored At MTSU Saturday 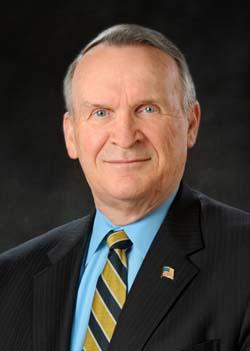 The Distinguished Alumni honorees include Mark Gwyn (Class of ’85), Professional Achievement; H.G. “Pete” Taylor (’60), Service to the Community; and Don (’64) and Hanna (’64) Witherspoon, Service to the University.

All will be recognized during Homecoming 2010 activities this weekend. All but Gwyn will ride in the Homecoming Parade starting at 11 a.m. Saturday. Later, all will be featured as part of the MTSU vs. Louisiana-Monroe Sun Belt Conference football game activities. They will appear on the field with President Sidney A. McPhee and Beth Jones, Alumni Association president, between the end of the first quarter and start of the second quarter of the game.

Gwyn, a McMinnville native now living in Nashville, is serving as Tennessee Bureau of Investigation for a second term. He has spent his entire career in public safety, including 22 years with the TBI. As the director, he has focused efforts on technology and drug-related crimes to increase the safety of Tennessee residents.

Taylor, a native of Woodbury and Cannon County who lives in Belton, Texas, has more than 33 years in the service to the U. S. Army. He has been tireless in his devotion to community service. His dedication to nonprofit organizations and higher education includes many organizations including the Texas Boy Scout Council, chamber of commerce, Coalition for Family Involvement, American Cancer Society, Food Care Center and many others. Taylor’s efforts have garnered much recognition including the naming of “Pete Taylor Day” in Killeen, Texas.

The Witherspoons chose to retire in Murfreesboro 10 years ago after lengthy careers in private industry. They since have dedicated their retirement to the betterment of MTSU through volunteering and holding leadership positions in the Alumni Association, Foundation, Blue Raider Athletic Association and other university departments as well as establishing the Rutherford County Alumni Scholarship.

Latterrell, a Nashville resident, has had a fast rise to success in the recording industry. He has had five Grammy nominations as an engineer, earning a Grammy for Best Bluegrass Album with singer/song- writer Jim Lauderdale’s “The Bluegrass Diaries.” A recent project with Dailey & Vincent reached No. 1.

Next May, all five will be recognized again during spring commencement ceremonies.

The MTSU Alumni Association annually seeks and accepts nominations for the Distinguished Alumni and Young Alumni Achievement Awards. The selection is made from candidates who have distinguished themselves by a high level of service to their profession, their community and/or MTSU.