Woman To Woman: Get Out Of My Bed! 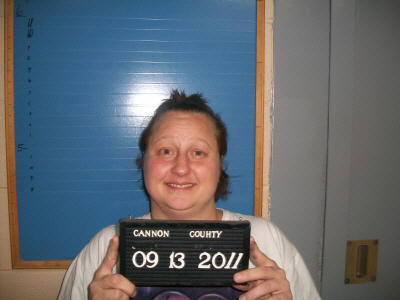 A Woodbury woman has been charged after she allegedly invited herself into the bed of another woman.

Kimberly Ann Besner, 108 E. High St., Apt. 17, was charged with Criminal Trespass after the purported victim obtained a warrant against her.

The victim alleges that on March 15 at approximately 6:25 a.m., Besner, who was apparently intoxicated, entered her apartment and tried to get into her bed.

The victim stated a friend of hers went next door and got Besner’s children to come and get her as she would not leave when asked to do so.

General Sessions Court Judge Susan Melton may be surprised to see Besner in her court on that date. Besner has made several appearances in Judge Melton’s court over the last year for a variety of offenses.

The last time was Feb. 1, when she pled guilty to Offensive Touching and Violation Of Probation. After being placed on probation, Besner told Judge Melton she was moving to Memphis to live with her mother and didn’t plan on ever returning to Cannon County.