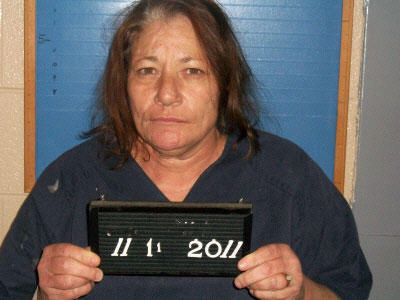 Cannon County Sheriff’s Sgt. Randy Neal was dispatched to 2195 Pea Ridge Rd. on Nov. 10 in regard to a possible overdose and a possible suicide. Upon arrival he spoke with Vickie Marsh and DeKalb County EMTs. Marsh stated she had not taken anything and her son said that she did. A DeKalb County EMT asked Marsh what she had taken and she replied she only took what she was supposed to take.

Marsh’s son stated she had taken about 17 or more pills and that he saw her take them. DeKalb County EMT checked Marsh and she first refused to go with them to the hospital. She then said she would go to get checked. Marsh went outside and was met by an EMT who asked her to lie down on the bed. She became very upset and started to cuss everyone on the scene.

DeKalb County EMT decided they would not transport Marsh because she would not cooperate. Sgt. Neal told her he was taking her to the Stones River Hospital ER. She again became upset and started to cuss everyone. Sgt. Neal placed Marsh in his patrol unit and transported her to the hospital.

Trooper Clark advised Sgt. Neal that Marsh had thrown an object at him with was covered in blood and other bodily fluids. Sgt. Neal advised the trooper to go remove the fluids from his body.

Several other officers were called to the scene to assist in controlling Marsh, who stated that she had Hepatitis C.

Marsh was placed under observation for several hours. During that time she told a corrections officer and a doctor that she would kill herself if she was taken to jail.

A Crisis Center worker came to the ER to evaluate Marsh after it was determined she was no longer under the influence of any medication. Marsh said she did not want to hurt herself or anyone and did not feel the need to be admitted for treatment.

Marsh was taken to the county jail, served warrants for Criminal Exposure and Disorderly Conduct, and booked.