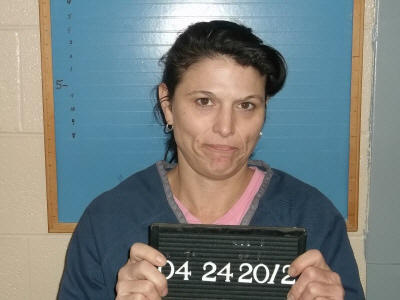 A little over a year after being arrested on meth-making charges, a Cannon County woman has been busted again for the same offense.

Investigator Young said he received information there was a meth lab operating at the address. He went there and discovered a one-pot meth lab along with several components used in the making of the drug.

Frattallone was arrested and booked at the Cannon County Jail under a total bond of $253,000. Her initial court date is June 5.

Frattallone pled guilty to Initiating the Process to Manufacture Methamphetamine on Aug. 4 of last year. She was given a partially suspended sentence of 12 years, ordered to serve 6 months in jail, fined $2,000 and assessed court costs. She was also placed on Community Corrections for 12 years.

In addition to the three new charges brought by the sheriff’s department, it is likely Frattallone will face an additional charge of Violation of Probation.