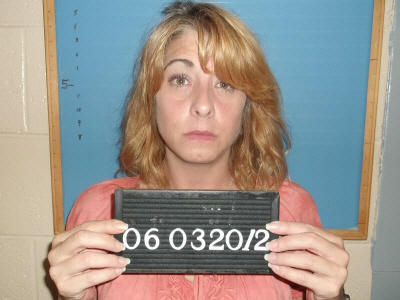 One of those indicted is a woman charged with two counts of vehicular homicide.

The grand jury handed down the indictments against Gina McCutcheon, 222 Charlie Powell Rd., Woodbury, after the case was presented by the Tennessee Highway Patrol.

According to the THP, McCutcheon was allegedly intoxicated while being the driver of a vehicle which collided with another vehicle, occupied by Melvin and Nancy Lazzarra, on May 16, 2011.

McCutcheon’s vehicle went out of control and then crossed the center line, striking vehicle Lazarra’s Jeep. As McCutcheon’s Tahoe separated from the Jeep, it went airborne and rotated before striking an embankment and coming to final rest. The Jeep rotated and came to final rest on the roadway.

Melvin Lazarra, along with his wife Nancy who was a passenger, died as a result of injuries sustained in the accident.

McCutcheon was booked at the Cannon County Jail on June 3. Bond was set at $15,000. Arraignment day is July 20.

Another person indicted by the grand jury is Brandon James Croasmun, 4367 Sycramore Creek Rd., Woodbury. Croasmun is facing 15 counts of Forgery and two counts of Theft of Property.

It is alleged that on several dates in February and March of this year, Croasmun stole the checkbooks of two individuals and forged checks in various amounts which he passed to multiple businesses and individuals. Bond was set at $10,000. Arraignment day is July 20.

The other indictments involved a suspected drug transaction by one man and two women, all of Woodbury.