Winners And Losers Emerge From School Board Meeting 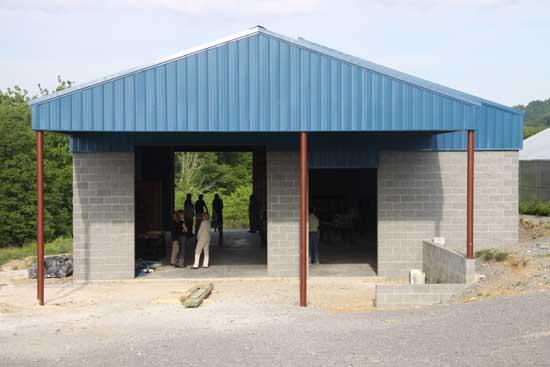 Among the "winners" were:

• Ed Coats, carpentry teacher at CCHS. The board gave approval to his request for an additional allocation from Capital Outlay of $7,600 for overhead doors for the new carpentry building at the school.

• The Cannon County Education Association. The board approved the Negotiations Agreement with the teachers for the fiscal year 2010-2011. Included in the agreement is a three percent increase in pay, plus assistance with the purchase of insurance. The agreement is subject to the approval of the Cannon County Board of Commissioners.

Some who brought matters before the board for consideration did not fare as well though, including:

• Schneider Electric, which saw its Energy Savings Project proposal rejected by the board following months of presentations and discussion.

• Jim Gibbs, whose offer to implement a Gang Resistance Education and Training program at elementary schools was turned down.

• Crystal Nichols, who was asking the board to overturn a decision by Short Mountain School staff and a review committee to have her son retained in kindergarten. The board voted to affirm the decision of the school officials.

In other matters, the board:

• Voted to reopen the process for soliciting bids for mowing work following confusion over dates for which bids would be accepted during the initial round.

• Approved Project Application for No Child Left Behind (NCLB) FY 2011, Preliminary Allocation Revenue Title I-A $437,702, Title II-A $106,362, Title IID $1,516, and carry over funding, including carryover Stimulus funding, pending approval by the state and final allocations and to include all future addenda and amendments.

Prior to the meeting, Director of Schools Barbara Parker recognized scores of school personnel and students for their outstanding work, both during the current school year and during their educational careers. A list of those receiving recognition will be published in next week's edition of the Courier.

The next Board Workshop will be at the Central Office on Tuesday, June 8, 2010 at 6 PM. The next Regular Board Meeting will be Thursday, June 10 at 6 PM.

Print
Members Opinions:
[Delete]
You forgot that the citizens of Cannon County and our children were also winners who emerged from the school board meeting by voting "NO" against spending $1.5 million in an effort to save $83,000 per year.

Thank you to the school board for not falling into that "governmental" mindset of trying to outspend what you don't have and try to make people believe it will save money in the long run.

Now, on to the next project. A middle school! Move forward and not backwards.