Who You Gonna Call ... Buzzardbusters? 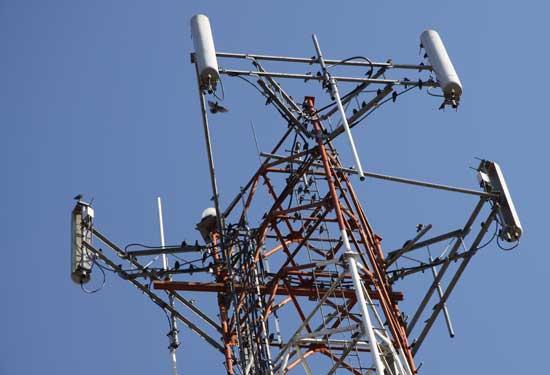 Photos by SEAN PARKER
Buzzards, blackbirds and other birds have taken up roost again on the tower at the Cannon County E911 Call Center on Jim Cummings Highway.

"The buzzards have been an on again/off again problem," E911 Director Roy Sullivan said. "I have not found a definite way to get rid of them but fireworks have been working fairly well."

Persons who live in the vicinity of the tower complain that it "looks bad" to see the birds there, but say they have not yet caused any real problems.

"It is definitely creepy coming to work and seeing 50 or 60 buzzards looking down at you," Sullivan said. "Blackbirds have been the worse problem as far as bird droppings are concerned. The buzzards drop what look like buzzard hair balls. Pretty nasty."

Sullivan said he has spoken previously with TWRA and they said it is not easy, but we could get a federal permit to shoot them if needed.

"We have looked at different deterrents, but nothing that would be feasible as far as causing a disturbance to the neighbors," he said.