Upperman runs away from CC 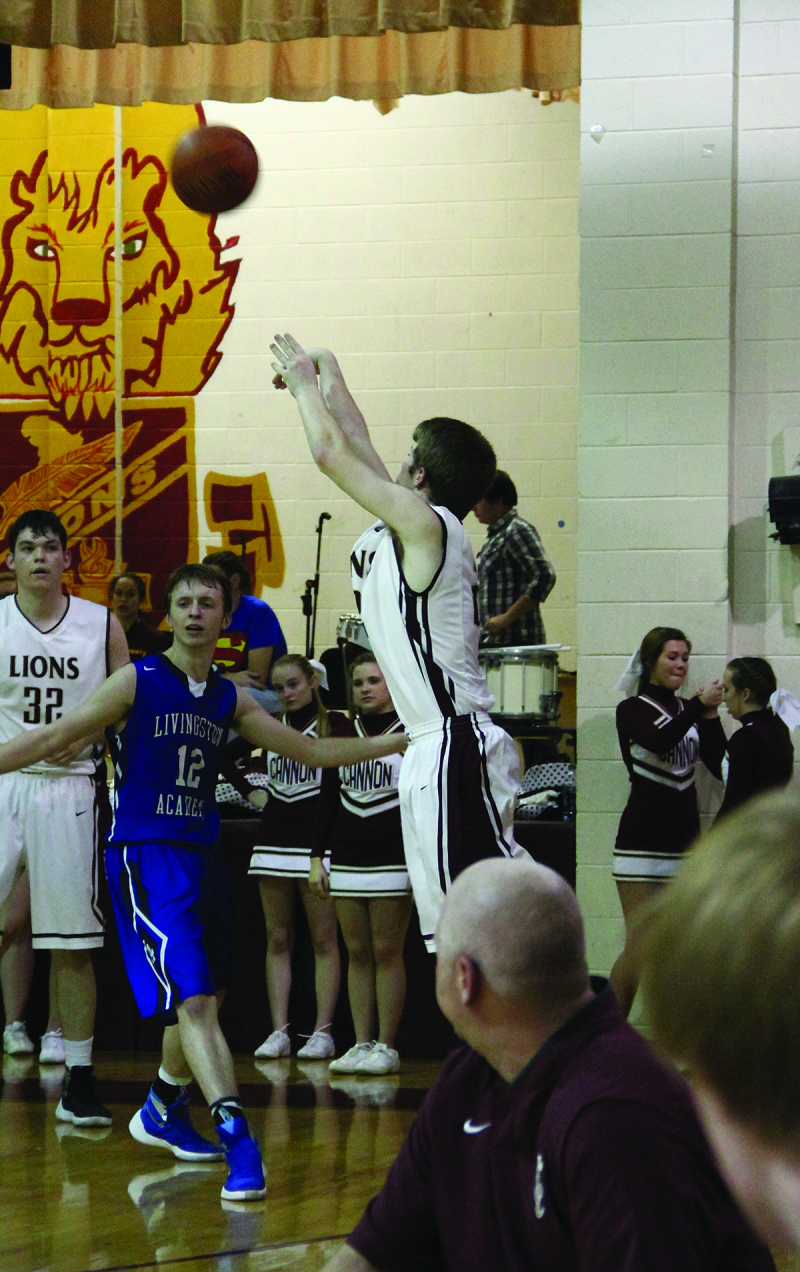 For the Cannon Courier

Cannon County Lionette head basketball coach Jonathan Odom warned his team before they took the court in Baxter Tuesday January 12th. "I told the team that Upperman is a team that goes on big runs" Coach Odom stated. He was right.

The Upperman Lady Bee pressure caused several Lionette turnovers and before the Lionettes could blink, the highly ranked opponent went on a 11-2 run to start the game and finished the quarter 19-6. It didn't get any better from there as more full court pressure caused even more Lionettes miscues and Upperman took advantage of 24 turnovers to hand

Cannon County one of the worst defeats in recent history 62-26.

Kelli Davis only scored 4 points as the Lady Bees kept her from being a factor. Autumn King got into foul trouble early and scored just 2 points. Maleah Scott led all scorers with 11 points.

The loss to Upperman was a bitter pill to swallow but that wasn't all the bad news the Lionettes received. Wednesday, Davis went and got a second opinion on her hand that was

injured right after Christmas in Sparta. What was believed to be a bad sprain on Davis's shooting hand was actually a fracture. As a result Davis is expected to miss a few weeks with the injury.

Friday the Lionettes could have definitely used her talents when they played their second consecutive ranked opponent in District 8-AA opponent Livingston Academy at Robert A. Harrris Gymnasium. The Lady Wildcats used a full court press defense through three entire quarters as they opened a 32-15 lead over Cannon at the end of quarter one. Maintaining a 15-17 lead throughout the second and third quarters, the Lady Cats coasted to a 83-48 win over Cannon County.

The post players for Cannon stayed in foul trouble most of the game with Autumn King and Maleah Scott actually fouling out of the game. Scott led with 10 points in the loss. Cannon

finished the week with a 8-12 overall record while their District 8-AA mark falls to 2-4 as a result of the two losses during the week.

All season long the basketball coaches for the Cannon County Lions boys basketball team have been concerned about the third quarter collapses that have plagued the team. Tuesday night January 12th for at least one night, the Lions calmed those concerns but in a nail-biter lost to the Upperman Bees 62-60.

Cannon set the tone for the game getting out to as big as a 10 point lead before Upperman stormed back with a run of their own to tie the game in the second quarter. Then it was back and forth for the rest of the night with neither team getting out to a lead any bigger than 5.

The classic game saw 17 lead changes and it was right to the final buzzer. With 3 minutes left to go, Cannon battled back from a five point deficit when with 3 seconds left to go in the game itself Austin Martin sprinted out to the baseline and shot an off balance shot from behind the three point line. That shot found it's way in the basket and it looked as if the Lions were going to steal a win in Baxter. However after a time out was called Upperman surprised the Lion defense by throwing a pass over the top down the floor finding Bees sharp shooter Ben Guffey who hit a game winning three pointer at the buzzer. Charlie Parrish in his first game

back since he suffered appendectomy issues over the holidays had 16 to lead the Lions. Martin finished with 15 and Austin Duggin had 12

The Cannon County Lions then hosted the Livingston Wildcats on Friday January 15th. The two teams met in a non district game during the Sparta Shootout and although Livingston won by seven 58-51, the Lions were looking forward to getting back to their home floor.

Unlike the Upperman game, the Lions went back to their old ways of not being able to put a

solid third quarter together. Down only by one at half, Livingston came out of the locker room and outscored the Lions 21 to 8 in the third quarter to pull away 52-38. Livingston won the fourth quarter 19-17 and the game 71-55. Austin Martin used his height advantage to score a game high 20 points but he had no supporting cast help as none of the other Lions reached double figures while four Livingston players scored in double figures.

With the two losses this week, the Cannon County Lions overall record falls to 6-14 with the Lions still looking for their first district win still at 0-6.