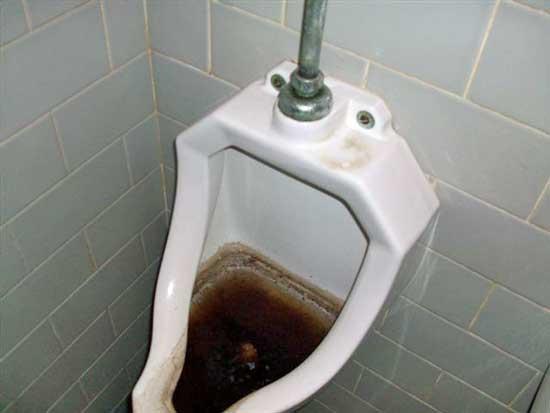 A building which is home to multiple county departments and agencies has been found to have water which is not suitable for drinking.

The drinking water at the Adams Office Building at 301 West Main St. was tested by Planning, Design & Research Engineers, Inc. (PDR) of Nashville.

Analytical results from the testing done by PDR Engineers were provided to Cannon County Administrator of Elections Stan Dobson.

"The water sample that you had brought to the office had a distinct corrosion color and therefore, we had it analyzed for metal content," the PDR Engineers' report states.

"The analytical results indicate that the water is not of drinking quality. It has a high level of iron, lead, manganese and copper. It may also have other compounds that were not tested to minimize the cost. It appears higher concentration may be due to the older plumbing in the building."

Dopson said the building is at least 70 years old. According to the election administrator, it is his understanding it has twice been condemned.

The election office, where early voting is held, has been found to have a number of serious "unsafe or unheathful" working conditions over the last few years by the Tennessee Department of Labor and Workforce Development.

Cannon County Executive Mike Gannon said he received the report by PDR Engineers today (Monday) and had not yet had the opportunity to fully study the findings. While not specifying an amount, Gannon said replacing the plumbing at the Adams Office Building would cost the county "a lot of money."

Print
Members Opinions:
RalphHenderson
[Delete]
Now why would there need to be a picture of a dirty toilet when discussing drinking water? There is no mentions of toilet problems. Thanks Courier for keeping of the redneck, no class image of Cannon County.

CannonCourier
[Delete]
Because the pictures best illustrate the corrosion caused by the water, the fact that it contains a "high level of iron, lead, manganese and copper." And there is a mention of toilet problems: "The election office ... has been found to have a number of serious "unsafe or unheathful" working conditions. The pictures do indeed present an "image" of a harmful situation in Cannon County.
[Delete]
Cannon Courier, I have been told that there was a new toliet and urinal purchased back in June and never has been installed. And this bathroom is to be used by the offices and the public. My understanding that this problem along with the water has been going on for the last 2 years. Would anyone in the county like to be working in offices with these kind of conditions?
Cin
[Delete]
Why is anyone still in the building if its been condemned TWICE? I didn't think you could legally occupy a building if it had been condemned at all, let alone twice.
pinklady_00
[Delete]
thats for the heads up on the County Health Department so i don't drink the water or my kids
[Delete]
I doubt anyone wants to work in these kinds of conditions.

I have to ask though, where will they go? Does the county own any other buildings these offices could be housed in?

If not, do we raise the property taxes 30 cents with 5 cents used to improve the existing building and 5 cents to create a central audit system everyone was crying about in the budget committee meeting?

No revenue = no money. No money = crappy buildings and people making do with the best they have.

MeMe1
[Delete]
I drink bottled water!!!!!!! Works for me. And it would be a good time to live WITHIN our means. That means with tax payers money too.
kane
[Delete]
Drinking bottled water is fine. But what about washing your hands. Lead can be absorbed thru the skin especially if you have a cut or broken skin. Why should employees have to work in these conditions. Also, I have heard that the toliet in the Men's bathroom does not flush properly and has been known to run water constantly thru it over a weekend. Just imagine how much city water has been wasted because the county would not take the time to install a new toliet that was purchased and left sitting in storage. By the way, this toliet was purchased out of the Election Commission's budget when it should have actually come from the County's Building Maintence budget. The County Budget Committee is very quick to want to cut funds from the Election Commission - looks like they need to be maintaining them a decent place to work and hold elections. Do any of you want to drink out of a water fountain in that building when you go in to early vote?
poplarbluff
[Delete]
Very important story...thanks for taking time and effort, Courier folks. Picture is clear exclamation point of the dangerous public building situation. I'll stick to coffee at the liar's table at Joe's Place.
Leatherneck
[Delete]
These problems have existed longer than they ever should have. They have NOT been a deep secret. Hopefully, now that the Courier has brought it from the attention of a few, to the attention of many..... proper remedies will be quickly applied.

Suggested Remedies:
1.) Fully assess the maintenance condition of all properties owned by the Tax Payers of Cannon County.
2.) Make required repairs to all utilities sources that are needlessly wasting water, electricity, heat or air-conditioning etc. Compare previous months utility bills to those following repairs=Tax Dollars Saved or Money Properly Stewarded.
3.) Public Restrooms in every Public Building should ALWAYS be kept properly cleaned and maintained, not just for our County Citizens but for our Guests as well. Is there a "good" reason why they would not be?
4.) Find the "source" of the water contaminates listed in the lab results such as "iron, lead, manganese and copper" and make sure all Hazards are properly noted and addressed, including "Do Not drink this water" signs where appropriate. Our Children could very well be drinking from sources that contain these harmful elements.
5.) Fixtures, sinks and toilets are relatively inexpensive to repair or replace when in disrepair....some have been purchased but not yet installed.
Why and When?

NOTE: This article did not mention - The amount of "WASTE" "$$$" from the constant running water in the sinks and toilets, would bankrupt our households. Here again, the remedies, relatively speaking, are inexpensive to repair......but very expensive while being ignored or delayed.

To whom do we know or expect-

Responsibility: re·spon·si·bil·i·ties. 1. The state, quality, or fact of being responsible. 2. Something for which one is responsible; a duty, an obligation, or a burden.

Accountability:(…-koun“t…-b…l) adj. 1. Liable to being called to account; answerable. 2. That can be explained. --ac·count”a·bil“i·ty

MeMe1
[Delete]
Waste---responsibility ---handling taxpayer money the same way we handle our personal business. I can't always have the biggest and best but I can take care and maintain what I do have. Somehow, we have a "bottomless pit" mentality about tax money. There is a bottom and it seems to me that we are there. When is enough, ENOUGH!!!!!!!!
[Delete]
The election commission received an email today stating the water was okay to bathe in and to not drink the water. The Lab that analyzed the water stated this. Bottled water is being used by the election commission. There is no documentation that the building has been condemned twice. This must be a rumor. Sue Patrick

[Delete]
I would suggest Sue Patrick that you go ahead and take your towel, your soap and shampoo and head on over to the dilapidated building and have you a shower if you feel like it is so safe.

The idea behind the water study was to prove how bad the condition of the building is, not to prove someone could take a bath in the water. Whew!

Rumor or not on whether it has been condemned twice is irrelevant because it should be. It is an eyesore and a hazard to the citizens that has to vote there.

MeMe1
[Delete]
I don't feel any threat or danger in voting in this building. This is not about concern for voters. Come on!!!
[Delete]
meme1 the ADA laws alone are enough to have concern for the voters.
If you were in a wheel chair trying to early vote in that dump you might understand. If you were using a cane while you walked, you might understand.
The line out the door during early voting can be long and hot or cold depending on the weather. Or it could be raining while people are forced to be outside because there is no place to stand on the inside.
The list goes on and on, but apparently you don't care about those who truly are disabled and can't do as much as you!!!!!!

MeMe1
[Delete]
Well, I do understand, since I was married for 25 years to a person in a wheelchair. And he worked in that very building and made good use of the space provided there to get the voters in and out in a timely manner instead of complaining about how BAD the conditions were for him.
[Delete]
25 years ago it wouldn't be as bad as it is now considering nothing has been done to improve the building would it MeMe?

Basically what you are saying is that because your husband was able to survive and work under those conditions anyone else who has a similar condition should shut up and just lump it.

Definitely one I would think would fall under the "Do Unto Others" category. Whatever you do, don't you dare think outside of the box and think we should improve ourselves.
MeMe1
[Delete]
We are broke as a nation and the county politics are falling right in line with that. It seems to me it would be a good time to "Make do" until our economy is better. And there have been things done in the past to improve the building and should continue to be done. As for improving ourselves honesty, integrity and common sense would go a long way in that department.
[Delete]
Well MeMe since you seem to be the keeper of the building, please explain the vast improvements that have been made over the last 25 years.

I am all for living within our means up to the point that people's lives become in jeopardy. At that point I see it more as a liability and an accident / lawsuit waiting to happen when someone falls or gets hurt in a building not meant to house offices or be used by the public to vote.

You (and I bet Sue Patrick as well) would be the first to complain why the county had to pay out a multi-million dollar lawsuit when someone sued the county because a 70 year old light fixture falls from the ceiling and hits someone in the head, while at the same time shoving people in the door to vote with your foot.

You two take the cake!