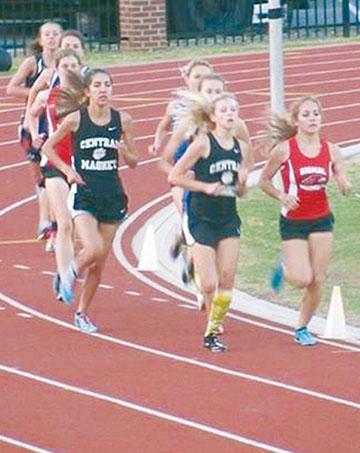 Cannon County’s Jordan Turney and Hannah Whited will participate in the TSSAA A/AA State Track Meet at MTSU this week.

Although both are Cannon County students, they will be running with Central Magnet as part of a co-op program that enables students to run for another school in their district if the sport is not offered at their school.

Turney is part of Central’s 4X800 relay team and the foursome is looking to repeat after winning the state title last year. The 4X800 relay finals are Friday at MTSU’s Dean A. Hayes Track and Soccer Stadium.

Central posted an 8:11.24 in the Substate to qualify. Their time is 13 seconds faster than second-place CPA’s 8:24.82.
Whited will run for a state championship in the girls’ 3,200-meter Thursday at MTSU. Whited qualified for state with an 11:35.04 in the Substate meet.