Too Much Canadian Mist Spells Trouble For Brandy 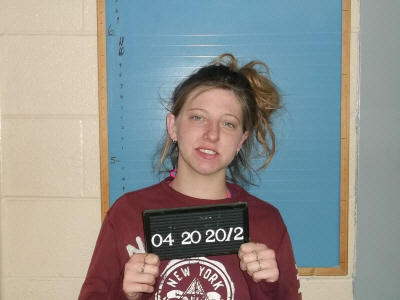 A Woodbury woman pled guilty to charges of Domestic Assault and Vandalism Under $500 in Cannon County General Sessions Courton April 24, four days after she was arrested.

The officers went back to the residence and found Campbell lying inside the truck along with a half pint of Canadian Mist with the seal broken. As they spoke with her, they detected an odor about her consistent with that of alcohol.

After not being able to enter the house through the door, the complainant said Campbell then busted a bedroom window.

Campbell was arrested on charges of Domestic Assault, Criminal Trespass and Vandalism. While being taken to the patrol unit Campbell started screaming and yelling treats at the complainant and was subsequently charged with Disorderly Conduct.

Campbell was given a partially suspended sentence of 11 months, 29 days on the Domestic Assault and Vandalism charges and ordered to serve 60 days in jail. She was assessed court costs on both counts and ordered to receive both Domestic Violence Intervention and Alcohol and Drug assessments. She will be on probation for 9 months, 28 days upon release.

The other charges were dismissed.