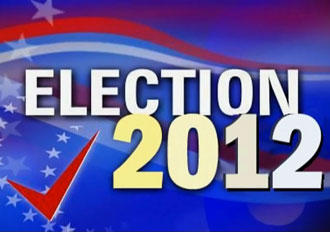 Three elections are on tap for Cannon County voters during 2012.

Elections are scheduled in March, August and November.

Elected offices and issues on the ballots range from electing a president to possibly approving an increase in the local option sales tax.

The first election is scheduled for March 6. That election will be a presidential primary to select the Republican and Democrat party candidates for the November election.

There will be nine Republicans and one Democrat on the March presidential primary ballot.

Also in March will be Republican primaries for two county offices, Fourth District Commissioner and Property Assessor. GOP candidates on the ballot are Rebeka Parton for the commission seat and Keith Morris for property assessor.

Parton is a former county commissioner. She gave up her seat in 2010 to run for county executive. She is running for the seat currently held by Tony Neal. Neal was appointed to the seat in January 2011 when its former holder, Joe Wimberly, passed away.

A County General Election will be held in August. Voters will choose a Property Assessor, Road Commissioners for Zones One, Two and Three, School Board members for Districts One, Three and Four, and a County Commissioner for District Four, who will serve the remainder of Wimberly's four-year term.

August will also be a primary election for state offices. One of Tennessee's two U.S. Senate seats is up for election in 2012, the one currently held by Sen. Bob Corker. A primary for State House of Representatives will also be held in August. Mark Pody currently serves as Cannon County's state house representative. He is serving his first term in the 46th District seat.

August will also serve as the primary for the Tennessee Sixth District U.S. House of Representative's seat, which is currently held by Diane Black.

The November election will also be for President, U.S. Senator, Tennessee State House of Representatives plus Town of Woodbury and City of Auburntown offices.

There will also likely be a referendum on the August ballot asking Cannon County voters whether or not they approve of a 1 percent increase in the local option sale tax, raising it from the current 1.75 percent to 2.75 percent.

The Cannon County Commission passed a resolution at its December meeting seeking a referendum on the proposed sales tax  increase.

Some important changes in the voting process have been implemented since the last local election in 2010. One is that most voters will be required to present an excepted form of photo identification when they go to the polls.

Print
Members Opinions:
[Delete]
There will also be a vote on sunday beer sales in the county.This will also bring in more sales tax.
[Delete]
There may be a referendum on Sunday beer sales, but one has been been officially called for as yet. The Election Commission Office is not aware of one.
[Delete]
The Commission did pass a motion to allow the voters in the county to have Sunday beer sales. I will check on getting that to the election office.
Bob Stoetzel
5th District Commissioner
MMW
[Delete]
If you are going to vote by absentee ballot go ahead and contact the election office so you can obtain the proper forms at the appropriate time.
Remember the changes implemented by the Republicans this year were done to disenfranchise voters who have traditionally voted for Democrats. Nothing to do with voter fraud.
If you don't have a voter photo ID (not needed for absentee balloting), even though it will cost you time and money to do so, get it done now. Don't be disenfranchised by the Republican Party.

[Delete]
The vote for sunday beer sales was passed Jan 15 2011.meeting. It carried by a 6 to 4 vote.Reported by Cannon Courier Jan 25 2011 to be placed on August 2012 ballot.
[Delete]
I would advise anyone voting absentee to contact the election office as well to ensure you have the proper forms in order to ensure your vote counts.

Or you could sit at home and cry like MMW (a.k.a. former dailyreader) has been ever since this law was passed because you actually have to prove who you when you show up in person to vote.

One person = One vote! That is tough on people who like himself who believe that everyone should have multiple votes in each election.

Please don't be disenfranchised by his rants about it not being about voter fraud because contrary to what he says in this article, he not only intends to commit voter fraud, he also encourages others to do it as well.
ftenpenny
[Delete]
Well said Corey, you are right MMW unable to see the forest for looking at the trees
efisk
[Delete]
Just to be clear, and it has been on the major news networks out of Nashville. Republicans were not the only ones who passed this law. Democrats did as well. It was a Bi-Partisan vote on both sides, and I do believe the meeting that was held to discuss this and answer any questions that was held at the courthouse a few months ago was sponsored by a Democrat. But it seems that MMW or some of the others complaining about this being a Republican thing would not know this because only a handful of people showed up for that meeting.

This is so stupid. We have other things to worry about than whether I have to show an ID to vote or even where I used to go to vote is now. What about the people without jobs? All I hear is how you are not being catered to. When people voted in the 1800's or later they drove for miles to vote, but we complain because we can't walk across the street to vote or we have to show our picture and proof we live here? What has our county come too? It seems that all we do anymore is complain or fight. How is that solving the problem? How has that worked for you so far?