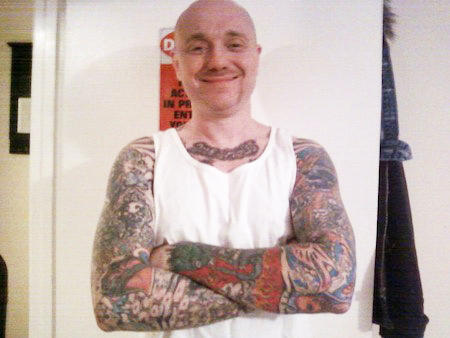 JEFFREY HODGES
Three Murfreesboro residents have been charged in relation to a home burglary which occurred on March 1 on Hoover Road.

All three allegedly entered the Hoover Road home, while the owners were there and their eight-year-old child was sleeping on the couch, and stole a wallet and purse (containing credit cards, driver's licenses, social security cards, etc.).

The subjects allegedly entered through the rear door of the residence. A muddy footprint allegedly left by Jeffrey Hodges was found on the carpet, according to the arrest warrant obtained by Cannon County Sheriff's Deputy Brandon Gullett.

Bond for Jeffrey Hodges was set at $4,500. Initial appearance for all three defendants in Cannon County General Sessions Court is set for May 3.

In a related development, the  arrest of Jeffrey Hodges, a suspected gang member, possibly prevented him from breaking into houses last weekend in the Eagleville area, a Rutherford County Sheriff’s detective said.

When Hodges was arrested, detectives found a list of addresses in his car.

“We intercepted this,” Kohler said. “In our opinion, we felt like it was a target list for last weekend for several houses listed in the Eagleville area. I feel very confident this past weekend he may have targeted these homes.”

Hodges is documented as an Aryan Nationals member by the Tennessee Department of Correction, he said.

Both Hodges and suspect Joshua “Spider” Felts, 34, of Remuda Circle in Smyrna, were under investigation for several home burglaries during the past few months, the detective said.

“Some occurred at night when people were home sleeping,” Kohler said.

Hodges was released on bond and is scheduled to answer the Rutherford County charges in April in General Sessions Court.

Print
Members Opinions:
[Delete]
Never saw anyone so happy
ftenpenny
[Delete]
Another poster child for birth control,Also another reason to bring back the chain gang,8hours swinging a sling blade cleaning ditch rows might take the smile away.
punkin01
[Delete]
These tpye of people need to be sent up for some years & see how happy he'd be.
punkin01
[Delete]
They better be careful they'll choose the wrong house one day!!!
Straitupmarilyn
[Delete]
We don't call 911...
punkin01
[Delete]
There is no need to call 911 when the last sherriff was in it took a hour & a half to get to our house...I don't think it would took that long now since we have a new sherriff or I would hope not.He has stood behind his word so far....if someone comes to our house like this there wouldn't be any need for us to call them.
kktaylor
[Delete]
how much money did he spend on those tatoos - omg & i am not an omg person ...but omg
Redeemed
[Delete]
With our foolish inJustice system, he'll be having a nice all-paid vacation reading, watching cable TV and lifting weights for a few months. Free medical care, food and shelter. No wonder he's smiling.
[Delete]
with all these charges in diff. counties WHY let him make bond.Oh, yeah forgot; this way he got time to go POSSIBLY harm the next victims.He has wks. b4 court dates...Man, what is wrong with court system......
[Delete]
He looks like that guy who shot the Congresswoman in Arizona. You are right though if he hits the wrong house it will send a clear message to the gangs in Murfreeboro.
punkin01
[Delete]
As soon has that door or window cracks it is on from that minute!!!
punkin01
[Delete]
AMPRATER....I thought the same thing just doesnt make since to me.
[Delete]
and he sold stolen credit card to a girl named charlie who happened to be joshuas felts ex. joshua has not been charged with anything. he was in another county when this took place. i mean look at this guy--are you going to tell me that the police are going to quote in the paper that josh was this guys partner just on this guys word? without evidence?..they need to understand thats grounds for a lawsuit