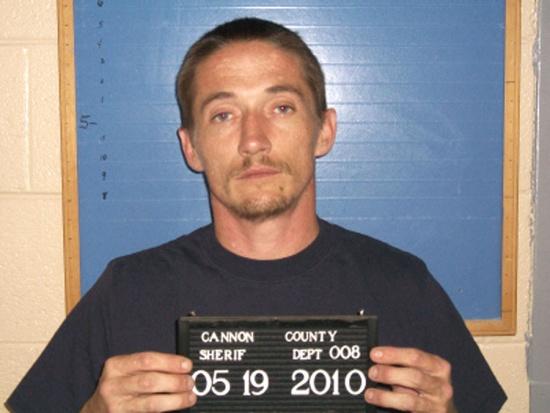 Gregory Jason Porter
Investigators for the Cannon County Sheriff’s Department concluded a nine month drug operation on Friday, May 14 when nine cases were presented to the Grand Jury who had convened for the May term.

Bonds for all defendants were set by Circuit Judge David Bragg after the indictments were returned.

As of Wednesday, May 26, three defendants have been picked up on the warrants. They included:

• Donna Kim Falkenback, 50, 5824 Dickens Hill Road, Bradyville. Ms. Falkenback was charged with Sale of a Schedule IV Controlled Substance (two counts) and Maintaining a Dwelling for the Purpose of Selling Drugs. Bond was set at $40,000.

When Investigators Charlie Wilder and Vance Walker conducted a traffic stop to arrest Ms. Falkenback, a passenger in her vehicle, Ralph Gerald Pena, 47, 5824 Dickens Hill Road, Bradyville was also arrested on an outstanding warrant from Rutherford County. He was booked at the Cannon County Jail and later picked up by the Rutherford County Sheriff’s Department.

• Gregory Jason Porter, 33, 406 Lester Street in Woodbury. Porter was arrested by Deputy Brandon Gullett on Wednesday, May 19. The Grand Jury indicted him on charges of Simple Possession / Casual Exchange, Maintaining a Vehicle for the Use or Sale of Drugs and Schedule IV Drug Violations (two counts). He posted a $40,000 bond and was released.

The defendant’s next court appearance will be Friday, June 11 for arraignment day and Friday, July 9 for plea day. Circuit Judge Don Ash will preside over the criminal docket for this term.

Print
Members Opinions:
[Delete]
First off it isn’t Donna Falkenback, its Donna Grosch. She and Ralph Pena have been the same way for years. She has been in and out of the systems under different name without change (can we say the system doesn’t work). So one more arrest isn’t going to do much at all. So your so called "Drug Operation" isn’t very impressive at all either. You could have found her doing this type of activity every day of the week, her whole life. So go ahead and pat yourself on the back and think that your making a change( so someone got off their butt for a day THANKS ALOT SIR!.