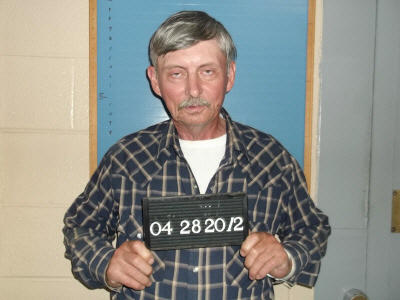 • Joe Daniel Reed, Sr., 2540 Eugene Reed Rd., Woodbury, was charged with DUI and Reckless Endangerment after he crashed his car into a ditch at 2039 Eugene Reed Road. Reed's wife, Anita, told Cannon County Sheriff's deputies that she and her husband had gone to Rutherford County to get some whiskey and were headed back to their home when they started to argue.

Anita Reed said Joe Reed stomped the gas and she told him to slow down but he wouldn't and that going around a curve he lost control and slammed into the ditch. She said her husband got out of the truck and came around to her side and then fell on the ground. She said he got back up and fell again.

• David Jason Bynum, 2039 Eugene Reed Rd., was charged with Simple Assault and Resisting Arrest. After the accident deputies spoke with Bynum, Brittany Welch and Dale Mayo. All three said they saw the truck coming down the road at a high rate of speed, lose control and slam into the ditch.

Bynum said he asked the man and woman if they were OK and that the man (Joe Reed) started to cuss him and he asked Reed several times not to cuss him. After Reed continued to cuss him Bynum said he hit Reed three times with a bullwhip. When Deputy Brandon Gullett asked why he hit Reed, Bynum stated no one was going to call his mother a (word that rhymes with witch) in his yard.

Bynum also stated that Anita Reed, who left the scene before deputies arrived, told him to beat the hell out of Joe and then call the police.

• Tammie W. Bain, 1538 Short Mountain Rd., McMinnville, was charged with Disorderly Conduct. While at the scene Deputy Gullett observed a back Ford truck pull up and a female got out stating that she was going to whoop whoever's (rear end) that hit her father and started toward Bynum, Mayo and Welch. Deputy Gullett advised her several times to go back to her vehicle and leave. Bain refused and the deputy placed her into custody and put her in the rear of Deputy Mike Smith's patrol unit.

Deputy Gullett, after going to interview Anita Reed, returned to the scene and searched the vehicle. Inside he found a brown paper bag containing a fifth of Kessler Whiskey which was half empty. Deputy Smith took photographs of the crash scene and secured the whiskey bottle as evidence.

The deputies then went to place Bynum into custody. Bynum pushed Deputy Smith away and began to walk toward his residence. The deputies took Bynum to the ground. While on the ground Mayo decided to assist Bynum and tried to get the deputies off of him. Deputy Gullett got up and shoved Mayo and after Mayo came at him again he drew his weapon and told Mayo to back off and go to the porch. Mayo complied while stating the deputies were nothing but (another name for a cat).

Bain and Bynum were transported to the jail. Deputy Gullett went to the hospital to have blood drawn from Joe Reed for content testing. He was advised that Reed had caused a scene at the hospital, fighting employees and Woodbury Police officers there. Reed refused to give blood voluntarily.