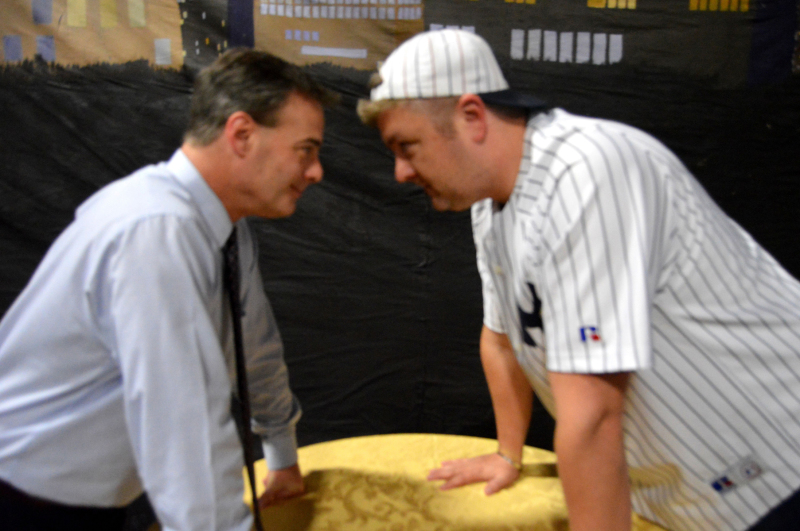 Neil Simon's hilarious play "The Odd Couple" centers on a pair of desperately mismatched roommates - one sloppy and one neat - who are arguably the most memorable pair of characters that the successful playwright has ever written. It debuted on Broadway in 1965 and spawned an extremely successful 1968 movie and sitcom that ran for five seasons.

This classic comedy opens as a group of the guys assemble for cards in the apartment of divorced Oscar Madison (Matt Smith), and if the mess is any indication, it's no wonder that his wife left him. Late to arrive is Felix Unger (Ted Verbeten) who has just been separated from his wife. Fastidious, depressed and tense, Felix seems suicidal, but as the action unfolds Oscar becomes the one with murder on his mind when the clean-freak and the slob ultimately decide to room together with hilarious results as The Odd Couple is born.

The Arts Center of Cannon County is located at 1424 John Bragg Highway, just west of the town of Woodbury, approximately 20 minutes from Murfreesboro, Manchester, and McMinnville and one hour southeast of Nashville. Box office hours are 10:00a.m. to 4:00p.m., Tuesday through Saturday. Tickets are available now by calling the box office at 615-563-(ARTS)2787 or online at artscenterofcc.com, and (subject to availability) at the door one hour prior to show time.

Founded in 1990, the award-winning Arts Center of Cannon County is a unique model for rural arts organizations. Situated in an under-served rural area in a town of 2,000 and a county of 12,000, The Arts Center annually attracts more than 40,000 visitors from a region covering over a 100-mile radius. Drawing on the blue-collar roots of its community, the organization focuses on self-sufficiency, fiscal responsibility and social entrepreneurship. The Arts Center is partially funded by the Tennessee Arts Commission, Southern Arts Federation and the National Endowment for the Arts.