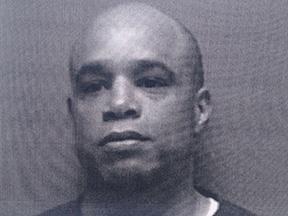 NASHVILLE-The Tennessee Bureau of Investigation has arrested a Murfreesboro police officer in connection to a misconduct investigation.

The TBI formally began investigating Officer Bryant Scott Smith on October 16, 2013, at the request of the police department and District Attorney General Bill Whitesell. Special agents determined that during the summer of 2013 Smith compromised ongoing vice and narcotic operations by providing the name of at least one potential confidential informant to a citizen of Rutherford County with a criminal history that includes offenses related to the sale and distribution of illegal narcotics.

The 10-year veteran officer later admitted his involvement in the incident, after which the Murfreesboro Police Department placed him on administrative leave with pay.

On Monday, the Rutherford County Grand Jury returned a two-count sealed indictment against the 42-year-old, charging him with Official Misconduct and Misuse of Official Information. TBI agents arrested him this afternoon without incident at the Rutherford County Jail. After being booked, Smith was released on a $5,000 bond.

Print
Members Opinions:
ftenpenny
[Delete]
We must have the best law enforcement in the world,Are the worst reporting in the world since there does not appear to be any crime commited in Cannon county.
ewimbush
[Delete]
The officers are only as good as their moral commitment to stay within the law themselves and the leadership provided with in their department. Drugs are still rampant in the county. Property is still being stolen without an investigation after it was reported by the owner.