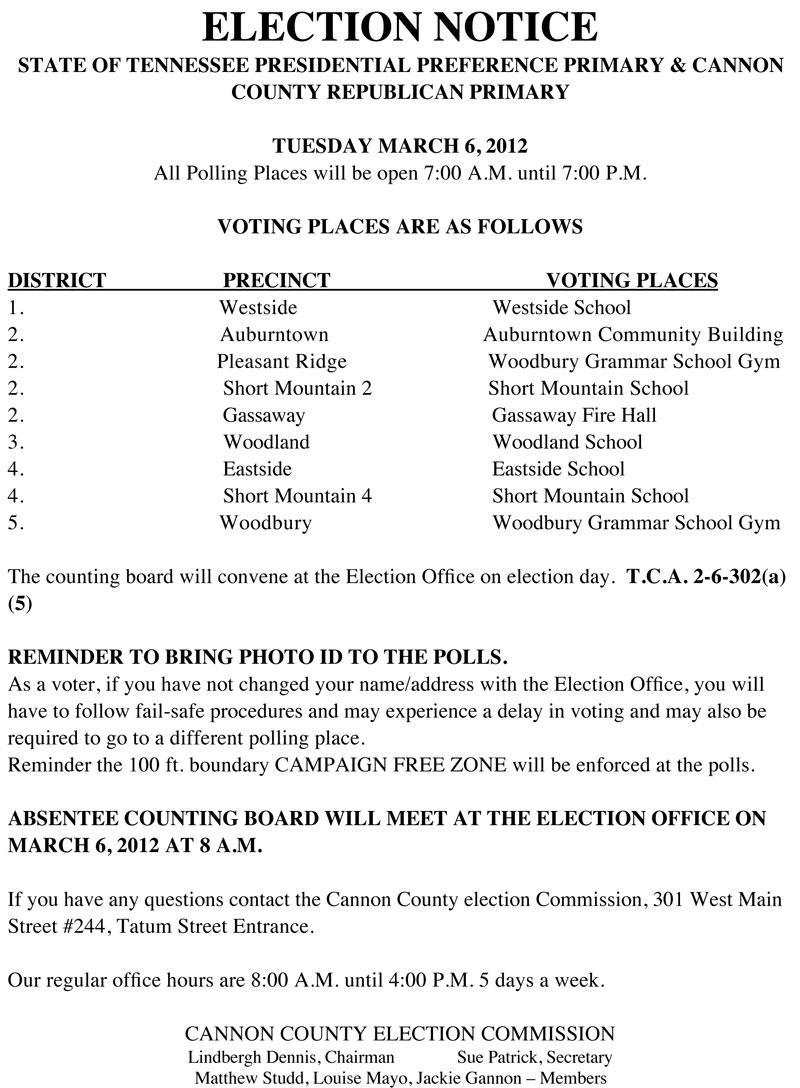 Print
Members Opinions:
MMW
[Delete]
Well, normally on a day like today I would be down by the graveyard, eating a ham biscuit and drinking coffee (senior's discount variety) from Hardees, waiting for the polls to open and getting ready to watch the dead rise to go vote. Of course, the only ones to do that would be Democrats and probably a lot of them would be my relatives also.

But not this year--I couldn't get them to get the voter ID card.

[Delete]
Nice bit of humor MMW. Nearly as funny as the story I saw on the news this morning about a man, I believe it was in New Mexico, who was able to obtain a voter registration card for his dog. I am guessing that state doesn't require a Photo ID.
[Delete]
Everyone who votes, please be aware there are those who stated they will "vote often" such as MMW.

Please remember this is a felony and if you suspect someone is committing voter fraud then notify an election official at your polling place.

MMW
[Delete]
That dog probably had legal residence in another state and no doubt lacked citizenship papers also.

Well, I am off to see if I can do it more than once. Three minutes to go and want if done early while workers are still befuddled.
MeMe1
[Delete]
Very cute about the Democrats at the cemetery but believe it or not the Republicans venture over the border. If you don't believe it just LOOK around !!!!!!!
[Delete]
MeMe1 I would say you are 100% correct.

This continues to prove the point we need a voter ID Law in every state in America.

It doesn't matter who it is or what party they belong to voting early and often or even implying you would do so is wrong.

But, people with no integrity and low morals tend to think that it is funny or cute to suggest they will commit voter fraud.

I tend to think it is obtuse and shows a lack of character.

efisk
[Delete]
I challenge anyone in this county to come work at a poll center. You make jokes about the Voter ID and about citizens voting more than once, but you need to come walk in a poll workers shoes and see what you are joking about.

We get up at 5:00 in the morning to come set-up for your right to vote, and we stay at the poll center until almost 8:00 or later in order to insure things are done correctly and legally. So, I dare any of you who sit and say the photo ID law is all a "Republican" law to come out and work a poll center on August 2nd, and then you can sit and make your jokes and talk about your dog voting or your dead relatives or even how many times you are going to come out and vote.
Copyright © and Trademark ™ The Cannon Courier 2017 All Rights Reserved
Copyright Statement | Privacy Statement | Terms of Service
Woodbury TN
Copyright © 2013 by The Cannon Courier
Powered by Bondware
News Publishing Software