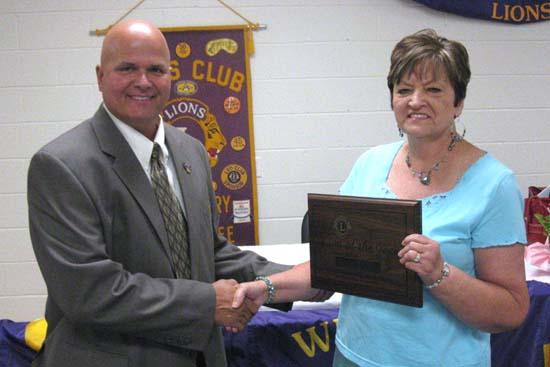 Every year members of this committee, past winners of this award, select a Lion that has displayed the true meaning of being a Lion.

Lion Patrick joined the club in 1999 and has climbed the ranks of elected officials of the club from tail twister to the 2010-2011 President.

The Woodbury Lions Club would like to congratulate Lion Patrick on receiving this award.