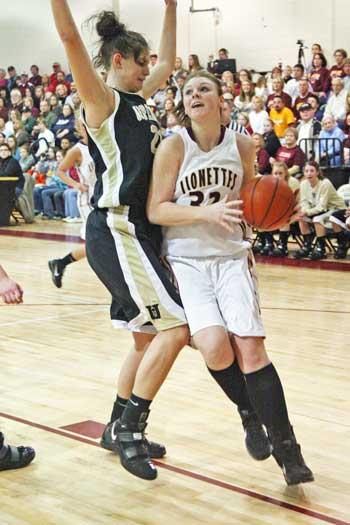 Upperman had the upper hand from the beginning against the Lionettes, as the Lady Bees flew out to a 21-7 advantage at the end of the first quarter. Cannon County battled back to pull within 10 at the half, 31-21, and narrowed the margin even more at the end of three, 42-34.

However, in the fourth quarter, Upperman held Cannon County to just three points and went on to notch a 59-37 triumph. The loss makes the Lionettes 16-1 on the season, 4-1 in District 8-AA.

The Lions fared no better, dropping their second district contest in as many nights.

Cannon County's teams will attempt to get back in the win column Tuesday night when they play host to Bledsoe County.