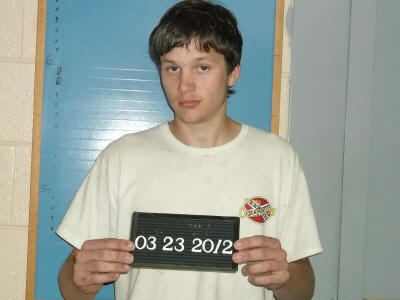 CODY FRICKS
The case of the two missing tongues has apparently been solved.

On March 5, Nickey Fricks of 151 Parker Rd., Bradyville, reported the theft of two 6-foot tongues from underneath his house trailer to the Cannon County Sheriff’s Department. The tongues had been there for 20 years. They were valued at $1,200.

The sheriff’s department had also received a report of the theft of items from a residence on Duncan Lane on Feb. 18. The homeowner reported 100 pounds of heavy metal plates, a scissor lip adapter for a hay spear and 20 tractor weights were missing.

During the investigation of the two incidents, Nickey Fricks’ son, Cody, was developed as a suspect.

Cody admitted to taking both his father’s tongues and the items from the Duncan Lane residence. He said he took the items to sell for scrap so that he could make his truck payment.

Cody was placed under arrest and transported to the Cannon County Jail. He was charged with two counts of Theft Over $1,000.

Bond was set at $10,000. He was appointed the public defender to represent him in Cannon County General Sessions Court on March 27. His next court date is May 1.