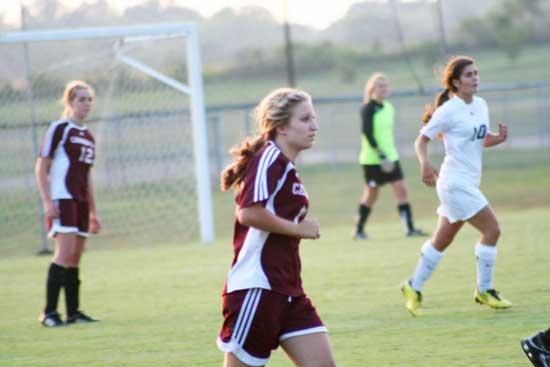 The girls increased both their shots on goal and Emily Agee had a great game as goalie increasing her goal saves from the previous loss.

"We are looking forward to our first home game on Tuesday against York." Coach Erika Motlow said.

The game is at the High School at 6:00 p.m. against York.  Everyone is invited, no admission charges.

"We would like everyone to come out and support the girls," Motlow said.

Motlow also thanked the community for the tremendous support of the Lionettes' Car Wash and Yard Sale Saturday.

Together the activities raised nearly $700, putting us over 1/3 of the way to raising funds needed to support the season.

The Lionettes will be holding another car wash Sept 11 at First National Bank.