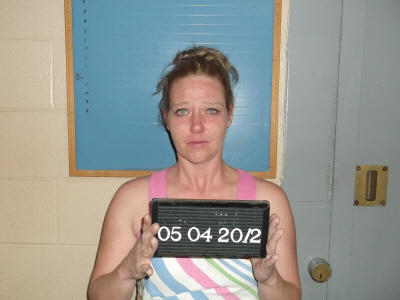 The deputy responded to a report of theft on that date and was told by the purported victim that she had been in the hospital since April 25. She said she found several items missing when she returned home.

Identified as missing were three diamond rings, one pearl ring with a gold band and a white gold necklace. The victim gave Deputy McMillen information about a possible suspect.

Later on May 4, Deputy McMillen was contacted by Sheriff Darrell Young, who advised him that the complainant was at Shotgun County Pawn & Gun Shop and had located her jewelry there. Deputy McMillen went there and the victim identified her rings and necklace, which had been pawned.

The victim was accompanied by her son, who stated there was a Sears welder on a shelf which belonged to him which had also been stolen and pawned.

The owner of the business showed the deputy documents indicating that Smith had pawned the items on April 26 and April 28. He was also shown a pawn slip signed by Smith stating the pawned items belonged to her.

Photographs of the items were taken. They were then released to the owners. The store owner was given a copy of the property receipt. He stated he wanted to be reimbursed the money he paid for the items, $149.

Deputy McMillen took out arrests warrants against Smith. They were served on her later that day by deputies Travis Turney and Jordan McGee. Total bond was set at $8,500. Initial court date is June 5.

• Jessica Renee Stephens, 5424 McMinnville Hwy., Woodbury, was charged with Theft of Property Under $500 on April 25 by Woodbury Patrolman John House. Stephens allegedly stole Nestle Good Start Gentle baby formula from Osborne’s Bi-Rite, valued at $16.99. Bond was set at $500. She was appointed the public defender in court Tuesday (May 15) and her case was reset for June 19..

• Noah Wesley Harris, 583 J.W.’s Lane, Woodbury, was charged with Hindering A Secured Creditor on May 7 by Woodbury Police Chief Kevin Mooneyham. It is alleged that on Feb. 4, 2012, Harris purchased a 1994 Pontiac Firebird from Greg Fauls. Harris allegedly promised to pay $100 per month until the car was paid. On March 19, 2012, Harris took the car to Pelham’s Auto Salvage and sold it for scrap and received $459.00. Harris has not paid Fauls for the vehicle. Fauls is listed on the title as the lien holder. Bond was set at $3,500. Initial court date is June 12.

• Terry Stembridge, 463 Goodridge Rd., Woodbury, was charged with Assault on April 18. The charge was filed by the purported victim. A court summons was served on Stembridge on April 30 and he turned himself in for booking on May 4. Initial court date is June 5.