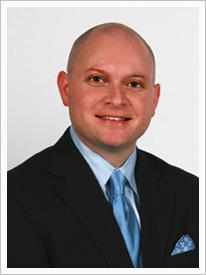 COACH BURT
Combining his generosity of charitable contributions with his appreciation for the arts, Coach Micheal Burt has partnered with the Art Center of Cannon County during a five date concert series.

Known throughout Middle Tennessee as an enthusiast for pioneering and partnering with charity functions including most recently his “Small Towns, Big Dreams” tour, Coach Burt will be the title sponsor creating the Coach Micheal Burt Concert Series.

“As we grow in life we get the opportunity to go back to where it all started and make a difference,” said Coach Burt, about returning to his hometown. “One of the reasons I'm where I am today is because Dr. Daryl Deason invested in me when I was 15-years old.

He taught me how to speak, dream big, and act on my dreams. When he asked me to sponsor this series I gladly accepted. Cannon County is known for several things around the mid-south and one of those is the Arts Center. I look forward to the series and the opportunity to partner with this cause."

The event kicks off on March 2 at 7:30 p.m. with legendary performer Leon Redbone. Traditionally known for his trademark fedora and dark sunglasses, Redbone will perform his three decades worth of unique finger-picking guitar style.

Coach Burt returns to Woodbury to give back and share the success he has gained regionally after becoming a championship coach and now a reputable leader of Rutherford County “Coaching Up” Corporate America with clients ranging from FirstBank, Ole South Properties, Reeves-Sain, and the John Jones Real Estate Team.

“What an opportunity to hear some great music, have five nights of fellowship with the people I've connected with, and give back to my hometown,” added Coach Burt.

Author of four books, Coach Burt often reflects back on his experience growing up in Woodbury and many of those memories include his mentor Dr. Deason. One of the main messages Coach Burt tries to convey is that everybody needs a coach in life, and in 1993 when Coach Burt was a Junior at Cannon County High School, Dr. Deason became that coach.

“I took his God given drive, determination, personality and love of community and transformed him into a public speaker, and Tennessee State and National Beta Club Secretary,” said Dr. Deason, local Arts Center enthusiast and dentist.

“It is a joy to see him succeed and once again give back to the community that gave him his first success,” added Dr. Deason.

That success and public spotlight as a leader led Donald Fann, the Executive Director of the Arts Center of Cannon County to pursue Coach Burt for this event.

“Micheal’s success in teaching leadership through vision, discipline and creativity, underscore the foundational principles of the Arts Center,” said Fann. By pairing these ideals with outstanding arts experiences, together we can enhance the cultural life of our community.”

Visit http://www.artscenterofcc.com/Events-tickets/Concerts.html to learn more about the performers. Tickets vary from $12-20. All shows begin at 7:30 p.m. Contact Carol reed at 800-235-9073 for ticket information. To interview Coach Burt for the event or for any other information call 615-225-8380 or email him at Coach@coachburt.com. To listen to Coach Burt, visit his site HearCoachBurtSpeak.com.